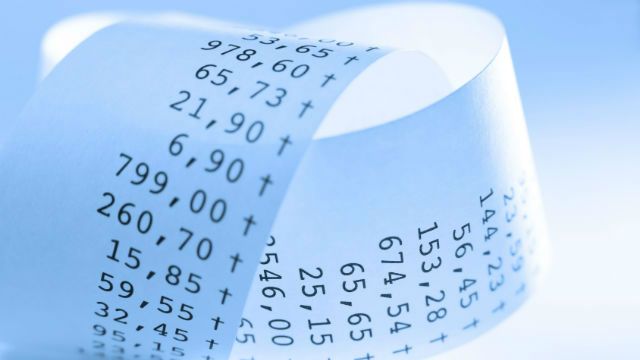 If you avoid plastic bottles and soup cans like the plague in an effort to reduce your BPA exposure, you may want to think twice before you snatch your cash register receipt.

A recent study has once and for all answered the question of whether or not BPA exposure stemmed from more than just eating and drinking from chemical-laden bottles and cans.

The study was conducted by Dr. Shelley Ehrlich of the Cincinnati Children’s Hospital Medical Center. Dr. Shelley noted that the thermal paper used in most register receipts utilized the controversial chemical BPA, yet whether or not the toxic chemical could be transferred from the receipts had been up for debate.

BPA mimics estrogen in the body and is a known endocrine system disruptor. It has been linked to cancer, diabetes, obesity and childhood developmental problems, yet many products still utilize this toxic chemical as the FDA has set what they deem “safe” exposure levels.

While Dr. Shelley and other experts agree that there should never be a “safe” level of endocrine system disruptor exposure, the FDA assumes that the total amount of human exposure is via ingestion.

BPA found in cans and bottles is in a bound form, meaning it needs to be broken down in order to be absorbed in the body, which is what happens when you eat foods that have been heated or stored in BPA-lined plastics or cans. However the BPA used on register receipts is in a loose powder form, which several studies, including a 2012 report published in Environmental Health Perspectives, suggested may pose another threat for human exposure.

Dr. Shelley decided to find out just how much, if any, BPA made it from receipt to skin and whether or not it was readily absorbed. During the study, participants consistently handled receipts for two hours, the first time bare-handed and then again after a week-long washout period. The second time participants donned gloves.

After two hours the study participants’ urine showed significantly increased BPA levels. Yet what was even more troubling was that a second urine test conducted eight hours after handling indicated a fivefold increase in BPA levels, meaning that the skin continued to absorb the chemical for as long as it remained on the surface.

The take home message from the study is that BPA exposure stems from more than one area. And while the amount of BPA absorbed from receipts isn’t astronomical, it’s still a contributing factor and should be more of a cause for concern for individuals who handle receipts on a daily basis, such as bank tellers or grocery store checkers.

To limit your BPA exposure, avoid taking receipts whenever possible or opt for an emailed or text-message copy. Wash hands after handling a receipt and don’t use hand-sanitizing gels or moisturizing lotions when you’re out shopping. Individuals who handle receipts daily may want to consider wearing gloves, especially if they are pregnant or are women of childbearing age.