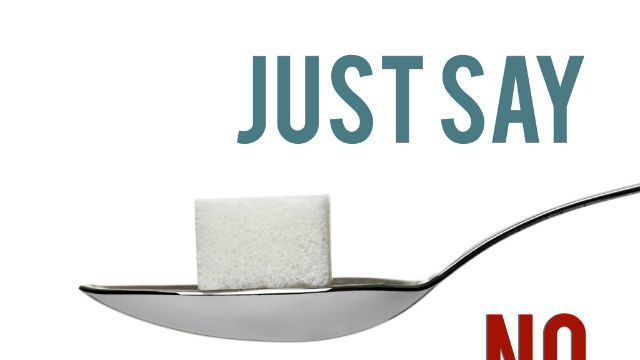 How many candy eggs or chocolate bunnies did you consume yesterday? Perhaps you had one too many – as most people do. Maybe it was your intention to stop at the ear, but you went ahead and ate the whole bunny!!

Humans have always had a love affair of sorts with sugar. About 10,000 years ago, the closest thing to a Starburst the people living on the island of New Guinea (the birthplace of sugar) got was chewing on a piece of raw sugar cane.

Priests sipped sugar sweetened water from a coconut shell, and popular myths even included one about a man who made love to a stalk of sugar cane, creating a whole new human race.

Today, these and other such religious ceremonies have been replaced by social gatherings focused around soda, donuts and lattes. The first processing of raw sugar cane happened around 500 AD in India. The cane was turned into a powder and used medicinally for stomach problems, impotence, headaches and more. For a very long time, sugar remained a secret that few knew about, until wealthy Persians in 600 AD treated guests with a variety of sweet treats.

The Arabs perfected sugar refinement and created an industry around it – although it was a very brutal and physically challenging process where workers labored in the fields and in smoke-filled rooms to make the fine powder.

The minute the British and French tasted sugar, they fell in love, but only the wealthy could afford it, and deemed it a spice.

When Columbus set off on his second journey, he brought sugar cane with him to the Caribbean islands. Soon after, the age of big sugar production and slave plantations began. Mass production of sugar was in full swing, and before long was accompanied by production of XXL clothing and a surge of modern illnesses.

Compared to our ancestors who may have consumed about an ounce of sugar a day, we gobble up almost seven ounces a day – much without even knowing we are doing so. Dietary guidelines established by the American Heart Association indicate that men should not consume over nine teaspoons of sugar a day, and women should not consume more than six. Sadly, we are consuming a whopping twenty-two teaspoons a day on average.

Would you be surprised if we told you that of the 600,000 or so foods that are manufactured and consumed in the United States, over 80 percent of them contain added sugar? But, you say, you don’t see sugar listed as an ingredient on the label. Well, the food manufacturers have it covered – sugar actually has over 50 different names, meaning that the food industry can easily pull one over on us by listing each of these ingredients separately.

Furthermore, as they list these ingredients on the label, they may appear as ingredient #3, #4, #7 and so on – so even if they are not the #1 ingredient, when you total up their presence, they do in fact become the #1 ingredient. Pretty crafty, aren’t they? The US Department of Agriculture reports that Americans consume about 156 pounds of added sugar annually, or over 31 five-pound bags per person.

Most of this sugar is probably consumed without the consumer even knowing it. If you eat packaged, bottled or canned foods with more than five ingredients, or ingredients you cannot pronounce, chances are you are eating extra sugar.

While the debate ensues as to whether or not sugar is actually toxic, most health professionals agree that it offers no nutritional value and may be alarmingly dangerous when consumed in large amounts.

Many who have done research on the evolution of sugar note that the evolution of illness seems to parallel this white powder. Nephrologist Richard Johnson from the University of Colorado – Denver states that one-third of all adults have high blood pressure today, while in 1900 only five percent suffered.

In 1980, 153 million people had diabetes, today that number has ballooned to 347 million. Right alongside the development of these, and other serious lifestyle illnesses, has been an increase in the use of sugar in the food manufacturing industry. Seems just a little too ironic, doesn’t it?

So, if your organs are obese will you appear obese on the outside? Not necessarily – and this is what makes this insult so incredibly dangerous. Fructose, a part of table sugar, along with high-fructose corn syrup, causes the liver to store fat in strange places.

Prolonged, high consumption of fructose can least to globules of fat building up around the liver – this is a precursor to nonalcoholic fatty liver disease. Interestingly enough, this condition was rarely seen before 1980.

Excess sugar prompts the body to release excess insulin into the bloodstream. This extra insulin wreaks havoc on our circulatory system and arteries. If insulin levels remain high for long periods of time, it causes the smooth muscle cells around blood vessels to expand rapidly – much faster than normal. When artery walls become tense, it puts you at a much higher risk of high blood pressure, stroke and heart attack.

Sugar is right alongside smoking and unsafe sun exposure as the top three ways to age your skin fast. Collagen and elastin are skin support structures that get broken down from sun or other free radical exposure – this process works well when we are young, but as we age it slows down.

When sugar is present in the skin, it forms cross-links with amino acids that may have been damaged by free radicals. These cross-links are like roadblocks to the repair process. Dermatologist William Dandy, MD, states that once they are formed, the cross-links do not unhitch. Over time, your skin will look much older than it should.

Note: Consider adding cinnamon, ginger, cloves and garlic to your diet. These spices seem to slow down the cross-linking process.

Author of the book Salt, Sugar, Fat, Michael Moss, says, “our bodies are hard-wired for sweets.” Research just released out of Connecticut College seems to agree with Moss. After conducting an experiment involving Oreo cookies and rats, researchers are making the bold claim that the cookies are as addictive as cocaine.

This probably comes as no surprise to those of you who find that you can’t just have one Oreo. Professor Schroeder, study supervisor, remarked that the rats who ate the cookies, loaded with unhealthy fat and sugar, experienced a reaction in the same pleasure center of the brain as the rats who were exposed to cocaine or morphine. In fact, the Oreos more strongly impacted the pleasure center than did the cocaine.

“Our research supports the theory that high-fat/high-sugar foods stimulate the brain in the same way that drugs do,” Schroeder said. “It may explain why some people can’t resist these foods despite the fact that they know they are bad for them.”

While this study picks on Oreos, it is important to note that there is nothing inherently different about these cookies over other high sugar processed foods including ice cream, cake, candy and such. What the study did confirm was what Moss said: the body is definitely hard-wired to love sugar.

Too much sugar causes a headache

The sugar headache is often called the “holiday hangover,” because it seem to happen right after major holidays such as Christmas, Easter, birthdays – or any other time when we consume excessive amounts of sugar. The symptoms are similar to an alcohol-induced hangover, including a pounding headache, irritability and fatigue.

When you consume large amounts of sugar at one time, the body pulls fluid from different places to balance out the impact it has on the blood. When this happens, the head suffers most, and this can lead to a headache.

Sugar headaches may also be a warning of something much more dangerous – diabetes. If you have headaches often, reflect back on what you have eaten – was it a lot of sugar? If you also have problems with frequent urination, excessive hunger or thirst, see a medical practitioner for a blood sugar test.

One step at a time, you can get a handle on your sugar consumption, and before long, you will notice a tremendous difference in how you look and feel.