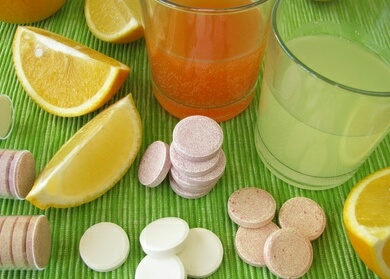 Cancer is one of the most feared diseases in the world. Not surprisingly, many people that are diagnosed with cancer are willing to try just about anything that may increase their chances of survival. Two of the most common treatments for many types of cancers are radiation and chemotherapy, both of which have extremely damaging side effects.

Many cancer sufferers wish there was another way, a natural way, but most natural remedies have been dismissed as hoaxes by medical practitioners.

One suggested natural remedy, which has raised a great deal of controversy since its birth in the 1970s, is megadoses of vitamin C. Many doctors dismiss this method as hogwash, however, an increasing number of doctors and researchers support the validity of this natural treatment.

Numerous studies and publications exist to support, and also to discredit, vitamin C’s use against cancer, so it is up to every individual to do the research and make their own personal choice.

In 1978, all 1,000 of the patients in the control group patients were dead. 13 of the patients who took vitamin C were still alive, 12 of which showed no signs of cancer. Statistically, this study showed that the survival rate of those taking vitamin C was 5 times higher.

The medical community largely rejected this study and its findings. Dr. Pauling was a chemist, not a medical doctor, which attributed greatly to the skepticism surrounding his study. The Mayo Clinic tried to replicate the study, and did not have successful results, however, they only monitored patients for a total of 75 days.

Other studies and research by physicians worldwide have found vitamin C to be significantly successful in prolonging the life of cancer patients, some of which state that a much higher dose of vitamin C is needed for results; above 5,000 mg per day.

Dr. Pauling wrote several books on the role of vitamin C and its power to fight a number of illnesses. They include Vitamin C and the Common Cold and How to Live Longer and Feel Better. These books suggest that vitamin C may help those with cancer, heart disease, and a number of other ailments. While dismissed at the time, more and more researchers are finding that Pauling’s research may deserve a second look.

In 1991, Dr. Gladys Block, a former member of the National Cancer Institute, published a number of reviews connecting vitamin C with cancer prevention. In one of these reviews, she concludes: 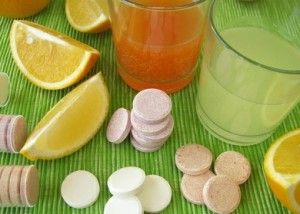 “Approximately 90 epidemiologic studies have examined the role of vitamin C or vitamin-C-rich foods in cancer prevention, and the vast majority have found statistically significant protective effects. Evidence is strong for ­cancers of the oesophagus, oral cavity, stomach and pancreas. There is also substantial evidence of a protective effect in cancers of the cervix, rectum and breast. Even in lung cancer there is recent evidence of a role for vitamin C.”

How to deal with cancer is the personal choice of every individual who has to hear this scary diagnosis. Different methods are right for different people. As far as vitamin C, research is mixed and highly controversial.

However, if there is even a grain of truth in this, it makes sense to find a doctor, or natural practitioner (depending on your personal choice), who is familiar with the research, so you can weigh all of your treatment options and make an informed decision.