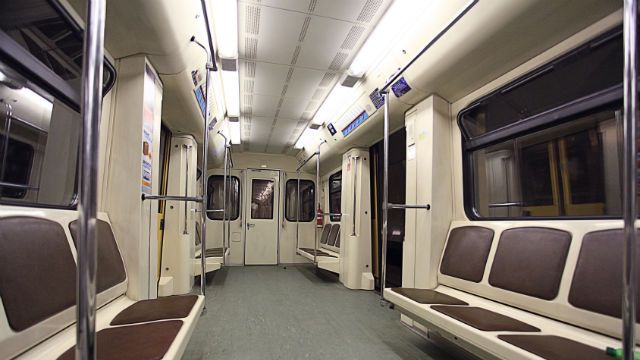 Subways aren’t exactly known for being squeaky clean. How could they be with all the people coming and going at all times? However, you may not have expected there to be hundreds of illness-causing bacteria riding along with you.

In an 18-month study by researchers at the Weill Cornell Medical College, samples were collected from all 466 stations of the Metropolitan Transit Authority in order to establish a genetic profile at a microscopic level of the system.

The researchers found over 15,000 kinds of life forms, including 562 different types of bacteria samples, 67 of which could be hazardous to humans. Fortunately, they determined that the amounts of the bacteria were too small to infect healthy humans.

A quote from the Wall Street Journal article on the topic said: “In New York City, the Cornell scientists and student volunteers gamely dodged rats and gingerly worked around discarded pregnancy tests, used condoms, puddles of vomit and rotting food to swab surfaces in every subway station.”

Bacteria for bubonic plague and more

Germs found in the uptown subway were associated with bubonic plague. From the midtown subway stations, there were germs for meningitis. The financial district contained germs linked with stomach issues, and the boroughs had germs for antibiotic-resistant infections.

There was also good, helpful bacteria found. These are the types of bacteria that keep things in check within our bodies, and have functions like eliminating dangerous chemicals and toxic waste.

The researchers also found a trail of microbes identified with cheese and sausage, indicating it was made by pizza lovers.

Some samples still remain a mystery

The scientists were somewhat limited in what the collected DNA samples could be compared to. For example, some DNA from insects like cockroaches might go unidentified, as that genome has not yet been mapped. There were also false matches from some computerized DNA comparisons, which connected some DNA samples to Mediterranean fruit flies or Himalayan yaks.

The New York City Department of Health and Mental Hygiene is reported to strongly disagree with the findings of the study.

The efforts of documenting the microbe level wildlife of the subway was undertaken with the hope of finding a new way to track disease outbreaks, possibly detect attacks of bioterrorism, and find ways of fighting against antibiotic resistant microbes.

“We know next to nothing about the ecology of urban environments,” stated Jonathan Eisen, an evolutionary biologist at the University of California at Davis. “How will we know if there is something abnormal if we don’t know what normal is?”

Each human being carries around one hundred trillion microbial cells, with 5 million different genes. That totals around five pounds of microorganisms for each individual. This microbe collection, or microbiome, affects your health in many ways that scientists are just starting to comprehend.