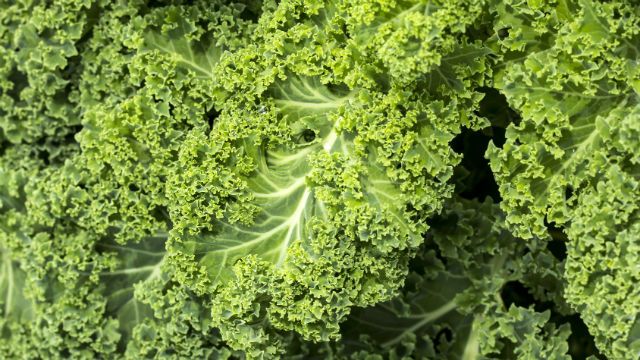 Oh, McDonald’s. Sometimes it looks like they’re trying, but they always give themselves away. This time, their plan is pretty transparent.

Hot off the annual launch of the Shamrock Shake – which by the way contains 115 grams of sugar, along with many artificial ingredients – McDonald’s is now trying to win us back… with kale.

Don’t get us wrong – kale has always been, and remains, a superfood. However, McDonald’s use of this ingredient will, based on their history, probably be a far cry from actual nutrition.

Why the move? Well, according to statistics reported by the Huffington Post, the amount of kale grown in the United States rose by 57 percent between 2007 and 2012. McDonald’s stock, conversely, is on the slow decline.

CNN Money reports that as of last February, the McNugget giant’s worldwide same-store sales were down by 1.7 percent. While this may not seem too significant, it’s part of a downward trend, and to McDonald’s, a single percentage point may signify millions of dollars.

The rumor that kale is McDonald’s next move to try and tap the health conscious market (which seems to have spoken out particularly loudly against the Shamrock Shake this year) comes from analysts at Janney Capital Markets, who stated in a report: “one of our industry sources indicates that McDonald’s US plans to roll out kale as an ingredient in its restaurants at some point in the not-too-distant future.”

McDonald’s did not confirm this claim, and did not respond to questions. One company spokeswoman, Lisa Comb, vaguely stated, “As we continue to listen to our customers, we’re always looking at new and different ingredients that they may enjoy.”

How will the kale be used among the sea of grease and cheap meat products? One Janney Capital Markets Analyst, Mark Kalinowski, speculates that the kale could appear in smoothies or salads.

We here at The Alternative Daily absolutely love our kale – smoothies, salads, kale chips, stuffings and sautees galore are just a few great ways we enjoy it. Fresh, organic kale is amazingly healthy. It is rich in vitamins, A, C, E, and K, and has a wealth of B-vitamins to boot. It also has an impressive range of minerals, including ample calcium, and is even being researched for its cancer-preventive properties.

However, when kale is not grown organically, it is often doused in pesticides during the growth process. In fact, it’s an annual star on the Environmental Working Group’s (EWG’s) “Dirty Dozen” list of foods with the highest pesticide residues.

So, will adding kale make some of McDonald’s meal items marginally healthier? Possibly, although as they’re very unlikely to be using organic, there will likely be pesticides on the menu too. Also, even if the Shamrock Shake does contain kale leaves someday, adding a superfood to a blend of 115 grams of sugar and additives does not a healthy shake make.

Nice try, McDonald’s. With enough public pressure, could this sugar-and-wheat-pusher ever become a true health food establishment? Nothing is impossible, but we’re not holding our breath. We’ll make our own green smoothies, thank you very much.