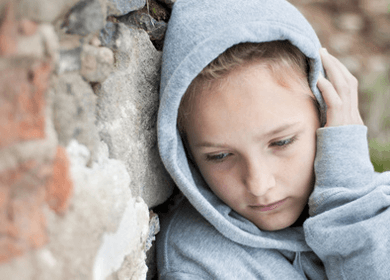 We all know that obesity rates in the US are staggeringly high. And the sad part is, according to a recent study at Rice University, they are higher for people in poorer neighborhoods – and the most negatively affected – children!

In many ways this should not surprise us. For one thing, getting a balanced diet, particularly ensuring a higher proportion of fresh vegetables and healthy protein, is less likely among the poor. In addition, a huge factor that is causing our population to become obese is the high proportion of sugar, wheat and corn in the foods we eat – all three of which are heavily tied to obesity. It doesn’t help that these three ingredients are very inexpensive, so manufacturers tend to include these three ingredients much more readily in their products. Low cost food is certainly going to be a bigger factor for poorer families.

An interesting component of the Rice study showed that in neighborhoods with a higher proportion of foreign-born residents, obesity rates drop by 20%. We would expect that one key factor (though this was not included in the Rice study) is that diets of foreign-born families tend to contain lower amounts of sugar, wheat and corn in their diet.

As a nation we need to figure out how to come up with alternative food choices that are healthy; that do not significantly contribute to obesity and are not exorbitantly expensive. This is particularly true if we want to help the children of our nation. We have written previously about the downsides of obesity, in children the major challenges are poor self-esteem, depression, diabetes and high blood pressure (not to mention the problem of increasing their odds of staying obese into adult-hood). In addition, when we live on ‘bad food’ we significantly tax our health care system. Warren Buffet recently commented on the country’s run-away health care costs and our need to contain them. What better way, with so many obvious advantages, to improve the entire country than to have a revolution of ‘eating right’. The First Lady is on track, we need to get our children eating well and being active. And we need to do this at a community level. By doing these seemingly simple two things we can massively reduce obesity.

What can each of us do? Make it a point to model good eating habits. Become a local advocate in your community for ‘eating right’ and being active (more outdoors, less TV). Start a community garden to promote eating more fresh vegetables. Get passionate and we can all make a difference!