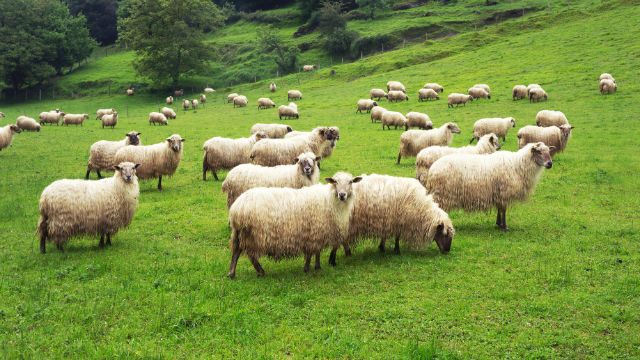 All over the world – in some areas more than others – cropland is being depleted, literally sucked dry of its fertility.

This has much to do with industrial practices, including unsustainable agriculture. However, as an experiment in China has recently shown, with some effort, this depletion is reversible.

According to University of Michigan researchers, “the loss of arable land has been caused by a number of factors, many or most of which are tied to human development. The primary causes are deforestation, overexploitation for fuelwood, overgrazing, agricultural activities and industrialization.”

One area that until very recently was completely dry and infertile is the Loess Plateau, also known as the Yellow River Basin. This historically significant area in China is thought to be the birthplace of Chinese civilization.

However, hundreds of years of agriculture had rendered the area to dust, which was carried by rains into the river below, earning it the name “Yellow River” due to a buildup of yellow silt.

However, an effort which began in 1995, sought to restore the Yellow River Basin back to its former fertile glory, through a process known as permaculture. Permaculture is simply the establishment of sustainable agricultural ecosystems – as opposed to practices that take from the land and give nothing back. The project was documented in a film entitled Hope in A Changing Climate, by John D. Liu.

To aid the people of the region who were dependent on the scarce land, scientists provided them with government subsidies, and then proceeded to work with them on restoring the land through sustainable practices. Just a few of the methods included planting trees, terracing slopes to collect rainwater to encourage new growth and removing grazing animals off of the land so that new plants were not immediately eaten.

Today, the permaculture efforts have paid off significantly: the land is green again, and the soil is fertile. According to Liu, residents of the area now have three times the income that they did in 1995 through working their replenished land in sustainable ways.

The example that the Yellow River Basin transformation sets for the rest of the world is truly encouraging – as there are areas all over the planet, including some in the central plains of the United States, that have severely depleted to the point where virtually only dust remains. Achim Steiner, former Executive Director of the United Nations Environmental Programme, stated that efforts we make to support ecosystems now can have far-reaching effects to protect food and water supplies, as well as biodiversity.

While many of us may feel quite powerless to reverse the damage that unsustainable agriculture and harmful industrial methods have done to our Earth, we have to remember that change starts at home. Each one of us can make a difference on at least a small scale, simply by adopting sustainable practices in our homes and communities.