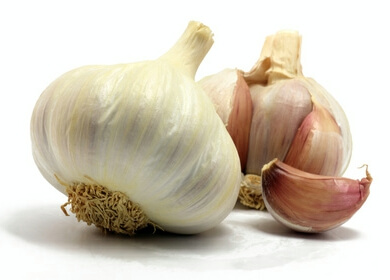 A recent study performed at Washington University shows that garlic is 100 times more effective than two top antibiotics in fighting Campylobacter, the bacteria responsible for much of the world’s intestinal illnesses.

This discovery follows two previous studies by the same team of scientists, published last year, in which compounds found in garlic were shown to kill common food-borne pathogens such as Listeria and E. coli.

With American’s modern frenzy to over-prescribe antibiotics – over 250 million courses in 2010 alone – garlic may have the potential to replace the need for antibiotics in many instances in the near future, if more research is funded.

Postdoctoral researcher and lead author of this study, Xiaonan Lu, along with co-author Michael Konkel, who has been researching Campylobacter strains for 25 years, found that one secret to garlic’s amazing potency in fighting bacteria and illness comes from the amazing and multifaceted bulb’s derivative compound, diallyl sulfide.

This compound is especially effective in killing bacteria when it is protected by a slimy biofilm, which makes it 1,000 times more antibiotic-resistant than a free-floating bacterial cell.

Unlike modern antibiotics, namely erythromycin and cipofloxacin, the garlic-derived diallyl sulfide easily penetrated the biofilm protecting the bacteria, successfully shutting down the cells’ metabolism faster, and a shocking 100 times more effectively. On this breakthrough discovery, Lu says, “this work is very exciting to me because it shows that this compound has the potential to reduce disease-causing bacteria in the environment and in our food supply.”

Approximately 2.4 Americans are affected by Campylobacter bacterium every year, according to the Centers for Disease Control and Prevention. This strain of bacteria has the added danger of triggering almost one third of the cases of Guillain-Barré syndrome in this country – a rare disorder that causes paralysis.

Most Campylobacter infections are caused by eating raw or undercooked poultry, or cross-contamination by cookware and surfaces that have touched the affected poultry. Symptoms include abdominal pain, fever, cramping and diarrhea. According to Michael Konkel, “Campylobacter is simply the most common bacterial cause of food-borne illness in the United States and probably the world.”

Konkel adds, “diallyl sulfide may be useful in reducing the levels of the Campylobacterin the environment and to clean industrial food processing equipment, as the bacterium is found in a biofilm in both settings.” Co-author and advisor to Lu, Barbara Rasco, agrees: “diallyl sulfide could make foods safer to eat.”

While Konkel cautions us that this research is still in preliminary stages, and not ready to use in real-life applications, it is hard not to get excited about garlic’s potential. He also states that it is unlikely that eating garlic would prevent Campylobacter-related food poisoning, but this seems like a form of disclaimer due to the basic nature of the study. The research results from many garlic studies seem to strongly point to the possibility that, in the right quantity and concentration, garlic COULD indeed prevent this and related poisonings, theoretically. Other antibacterial applications – yet to be tested – are highly possible. 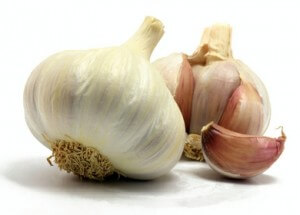 Garlic has been used to fight diseases for thousands of years, according to Lu. Some historians theorize that it is this quality that led to the literary myth that garlic could repel vampires. Lu explains, “In ancient society, people used garlic to cure diseases; however, they did not know why it worked. Now we are finding out.”

Due to the rise of antibiotic-resistant strains of bacteria, not to mention the health effects of antibiotics building up in our bodies and in our food supply, a natural solution cannot come fast enough. A new study by the CDC estimates that in 2010, 833 prescriptions were written per every 1,000 people in the United States.

Southern states, where disease rates are higher, had even higher averages. There is no standardized scientific agreement on the ‘appropriate’ level of antibiotic prescription, but many experts now agree that when they are taken for the wrong reasons, antibiotics contribute to the growth and proliferation of highly resistant strains. According to reports, the CDC is currently tracking at least 20 different strains of resistant bacteria.

For the good of our world and the health of our future generations, our chemically-driven society needs to do a complete switchover from its increasingly artificial lifestyle, and go back to nature. The future of garlic as a potent disease-fighting agent is, to say the least, encouraging.