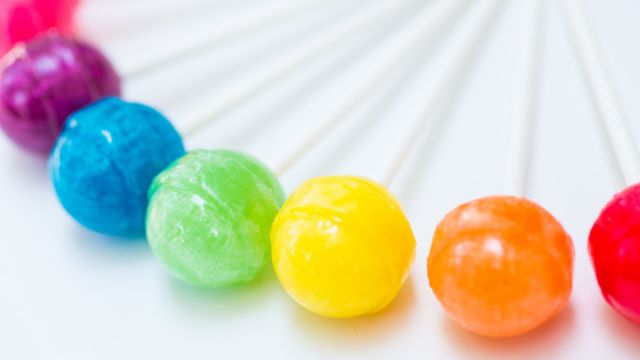 Strange health fads are not a new or novel idea. For thousands of years, people have been doing strange things to their bodies in order to feel better, lose weight, or simply to fit in. However, the rise of things like the internet, social media, influencers, and celebrity endorsement, as well as the $4 trillion dollar health industry, have made “health” a commodity to be capitalized on.

While the rise of scientific research into alternative health means that many beneficial practices have been unearthed, other snake oils and miracle cures have risen up that don’t have any sufficient evidence backing extraordinary claims. Some of these health fads are harmless if not helpful, but others are dangerous and often downright deadly. Here are the 5 health fads to avoid at all costs.

So many health fads and strange trends take off due to the endorsement of a popular celebrity. That is certainly the case with this product known as FlatTummy Appetite Suppressant Lollipops that were promoted on social media by Kim Kardashian. The producers of these lollipops claim that they can help prevent you from overeating, suppress your appetite, and help you lose weight as a result. As with most health trends, if it sounds too good to be true, it probably is. These lollipops not only don’t help with weight loss, but they can actually encourage a negative view of food and contribute to eating disorders.

Believe it or not, this dangerous and incredibly harmful diet was invented by Dr. Alwin Lewis, of Burbank, California, a supposedly legitimate medical professional. It involves skipping breakfast and eating only five bites of food at lunch (whatever kind of food you want) and five bites at dinner. Naturally, anyone following such a low-calorie diet is going to lose weight. But it is an unhealthy weight loss and will only lead to issues with immune function, body image, and rapid weight gain once you return to normal calorie consumption. Stay away from this horrendous diet at all costs.

For some reason, people have started to believe that it is a good idea to partake of purified oxygen that is often scented with dangerous chemicals. Proponents of this practice suggest that it can help boost energy levels, relieve stress, and may even cure hangovers; however, the evidence to support these claims isn’t exactly plentiful. In fact, there is more evidence to support not going to these oxygen bars as they could actually accelerate aging according to experts. Our lungs take in just the right amount of oxygen we need, and introducing more concentrated oxygen can increase free radicals, which lead to wrinkled skin, stiff joints, elevated fatigue, memory problems, and other chronic conditions.

Another celebrity-endorsed health fad gives you another very good reason not to take health or medical advice from Hollywood. The purple diet, which Mariah Carey underwent in 2014 to help her lose weight following the birth of her child, consists of eating only purple foods such as cabbage, plums, and grapes. There’s nothing inherently wrong with these foods. In fact, purple foods are often loaded with antioxidants and incredibly healthy; however, there is something wrong with restrictive diets that don’t allow you to get all of the nutrients that your body needs. Try to stick to a “rainbow” of foods every day for optimal health.

Loaded with diuretics and laxatives, these “detox teas” are simply a great way for you to become dehydrated and lose a bunch of water weight that you will just gain right back. Though they aren’t necessarily outright dangerous, excessive use of these teas can cause digestive problems, liver issues, even heart problems in extreme cases. Stay away from them and maintain a healthy weight through normal means such as a whole foods diet and exercise.

What should you do?

As always, here at the Alternative Daily, we support a healthy lifestyle, not just a healthy diet. You shouldn’t eat well and exercise merely to lose weight or look better but because you only have one body and it is critical that you look after it. Prioritize your health to feel better, have more energy, and learn to value things like real food and functional movement rather than fixating on trends that will pass with the seasons.