Scientists are now looking at the possibility that Ebola might be a sexually transmittable disease. Some cases have surfaced that seem like they originated from a sexual transmission of the disease. For the time being, Ebola survivors are being warned to practice safe sex for an indefinite period of time, as it is unclear how long the virus is active in semen.
According to Salina Smith, spokesperson for the U.S. Centers for Disease Control and Prevention (CDC), “Theoretically it’s possible that Ebola could be transmitted via contact with Ebola-positive semen, but there is no evidence to date that this has ever happened until recently. It may be that the virus is a more efficient transmitter in blood. What we know for a fact is that exposure to blood that’s positive for Ebola can infect other people.”

Two recent deaths
During the peak of the West African epidemic, there were only a couple cases of possible sexual transmission of the disease. Consequently, no real investigative follow-up was done at the time. But the recent deaths of two women, one in Sierra Leone and the other in Liberia, have got investigators looking.

Both women had no recognized risk factors for contracting the disease. However, they both had partners that had survived the disease last year. Now scientists are thinking the Ebola virus remains active in semen for a longer period of time than they initially believed. Furthermore, it would seem that this is enabling the spread of the disease through unprotected sexual activity.

Scientists in both America and Liberia have discovered genomic evidence that supports the theory of sexual contact spreading the disease in connection with the Liberian woman. However, this method of infection was believed to be a rare possibility and has not previously been confirmed.

“You have such a huge number of cases in this outbreak,” said Dr. Daniel Bausch, an infectious disease specialist with the World Health Organization (WHO). “You start to see things that are probably not common but are happening, or may be happening. How do you deal with these outliers?”

Another obstacle in the fight against Ebola 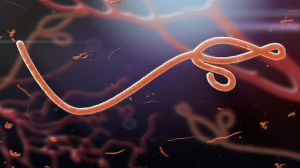 There have been no shortage of obstacles for public health officials to overcome in fighting the spread of Ebola in West Africa. Now the possibility of dealing with sexual transmission is another potentially explosive problem.

“There are all the issues we have seen and addressed during H.I.V. at the beginning, including confidentiality, and should the family know or not,” said Dr. Pierre Formenty, an Ebola expert at the World Health Organization. “We underestimate all the effort we’re going to have to make for this type of transmission.”

Although there do not seem to be specific regulations making it a criminal offense for Ebola survivors to have sex, a few survivors were detained in Sierra Leone for accusations of infecting their sexual partners.

According to O.B. Sisay, a director at the National Ebola Response Center, “They would have been arrested and released more as a deterrent.”

Detaining survivors
Currently the WHO does not recommend isolating survivors of Ebola that have tested negative for the presence of the virus in their blood. However, the Health Ministry of India detained an asymptomatic Ebola survivor back in November of last year because his semen was testing positive for the virus, even though, his blood was not. Despite the negative blood tests, he was detained by the Indian government for four months until his semen was negative for the presence of Ebola.

In the case of the Liberian woman who died recently, the only known risk factor was her partner who had survived Ebola. His semen tested positive for the presence of Ebola 175 days after the development of his symptoms, which is 74 days more than previously found in survivors.

“The information we have so far is compatible with the sexual transmission,” said Gustavo Palacios, a scientist at the U.S. Army’s Medical Research Institute of Infectious Diseases.