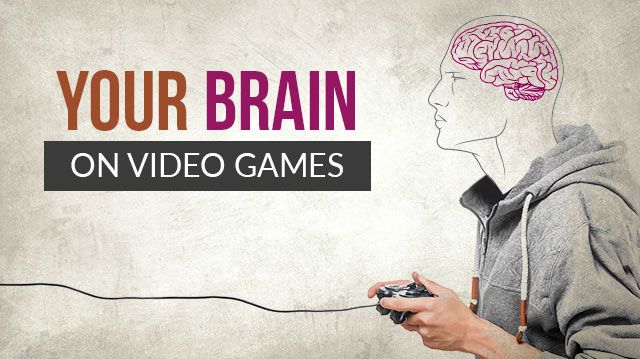 It’s no secret that many of today’s youth are crazy about video games — and many adults echo this sentiment. From cell phones to tablets, from consoles to computers, games are available on all of our screens, and many of us spend hours immersed in these digital worlds.

In fact, according to BBC reporters, there are over 1.2 billion self-described “gamers” in the world.

While in previous generations video games were thought to be an idle activity and a waste of time, research is finding that some games may actually be quite beneficial, and even highly educational.

According to Kurt Squire of MIT’s Comparative Media Studies Department:

Adam Gazzaley of the University of California, San Francisco, co-designer of the game Neuroracer, agrees:

“I’m intrigued with the idea that in the future a psychiatrist or neurologist might pull out their pad and instead of writing down a drug, writes down a tablet game times two months, and uses that as a therapy, as a digital medicine.”

The following are five effects video games may have on your brain:

A 2015 study performed by researchers at the University of California, Irvine found that three-dimensional video games may improve memory.

The study consisted of 171 volunteers, all college-age, who were asked to play either Super Mario 3D World, or a two-dimensional Angry Birds game. After two weeks, while the Angry Birds players saw no memory improvements, the Super Mario 3D players were found to have improved recall skills by approximately 12 percent.

“The hippocampus has long been associated with episodic memory and is commonly thought to rely on neuroplasticity to adapt to the ever-changing environment… Training naive video gamers in a rich 3D, but not 2D, video game, resulted in a significant improvement in hippocampus-associated cognition using several behavioral measures. Our results suggest that modern day video games may provide meaningful stimulation to the human hippocampus.”

May actually grow the brain

Some research has found that playing video games may actually grow certain areas of the brain. Professor Simone Kuhn of Berlin’s Max-Planck Institute of Human Development performed functional MRI scans of the brains of volunteers who played Super Mario 64 DS (another three-dimensional game) for two months.

Kuhn’s results showed that the gamer’s right hippocampus, cerebellum and prefrontal cortex grew over the course of the two-month gaming period.

Playing video games may help to improve spatial skills and visual perception. This one makes sense, as when we game, we have to keep track of many moving pieces at once, in a digital environment that we have to adapt to.

Professor Daphne Bavelier of the University of Geneva has found that people who play action video games do better on visual ability tests than people who do not play these games.

May increase tendency toward violence? 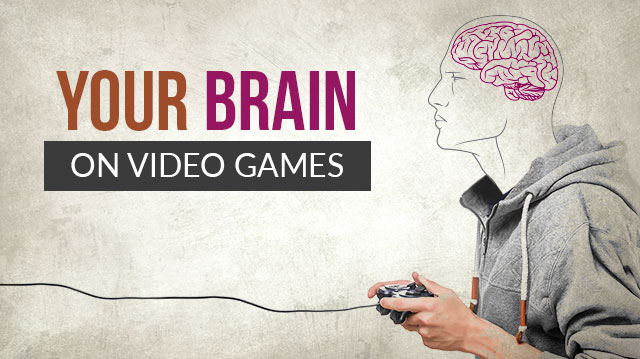 This one is not so positive… and highly debated. Some research has found that playing violent video games may make people more violent. For instance, the authors of a 2004 analysis published in the Journal of Adolescence wrote:

“An updated meta-analysis reveals that exposure to violent video games is significantly linked to increases in aggressive behaviour, aggressive cognition, aggressive affect, and cardiovascular arousal, and to decreases in helping behaviour.”

As scary as this sounds, other research has found it’s not the violent video games that make some people who play these games more aggressive, and that observed increased rates of aggression are due to other factors, such as mental health and family history. More research needs to be done in this area, as right now, it is not clear.

When it comes to video games, it seems that they do indeed have a lot of benefits, especially three-dimensional games. The jury is out on violent video games — to be safe, they’re probably not the best idea for children, especially young children.

Also, while video games may indeed help boost your brainpower, make sure you get out and get some exercise, as well!