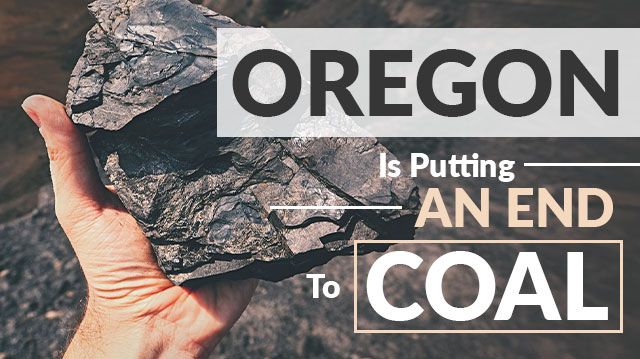 Oregon has made United States environmental history, and has taken a giant leap forward for clean energy. The state legislature recently passed a bill that, if passed, will phase out coal-generated energy completely by the year 2035.

The bill, titled the “Clean Electricity and Coal Transition Plan,” will also require that at least half of Oregon’s power be derived from renewable energy sources by the year 2040. While this may seem like a long time frame, it’s a groundbreaking first step.

On the passing of this bill, which was approved with a 38–20 vote, executive director of the Sierra Club, Michael Brune, stated:

“This historic step forward is the most significant legislative action the US has taken since the Paris climate agreement. Oregon’s climate leadership is an example for states across the country.”

Indeed, nearby states will be quickly affected should Oregon Governor Kate Brown sign this bill into a state law. Currently, one-third of Oregon’s energy comes from coal, although the state only has one coal power station. The rest of Oregon’s coal energy comes from Montana, Utah, and Wyoming. If there is less demand for coal in Oregon in the near future, the carbon emissions in these three states may drop, as well. Not to mention, now that Oregon has taken the first step in banning coal, other states across the nation may soon take heed and do the same.

Climate change is an ever-growing concern, and the transition to clean energy is finally catching on worldwide. The United Kingdom has recently decided to phase out coal in the next 10 years, and China has banned the approval of coal mines for the next three years. In the United States, New York’s governor, Andrew Cuomo, has stated that he wants to move away from coal power by the year 2020, though definitive action still has to be taken on this.

If Oregon’s bill becomes a law, Oregon’s major energy producers will also have to use 50 percent renewable energy by the year 2040. It may seem like large power companies would be hesitant to do this. However, Pacific Power, one of the largest utility companies in Oregon, supports this mission. 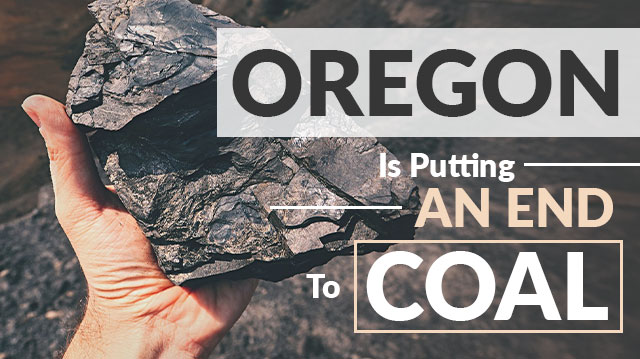 Pacific Power’s vice president of external affairs, Scott Bolton, stated, “Maintaining the affordability and the reliability of the electric grid is very important to us.” Pacific Power reports that the move towards cleaner energy would only elevate costs by less than one percent until 2030.

Oregon is already on its way to cleaner energy, as approximately 45 percent of the state’s power already hails from low-carbon hydroelectric sources.

According to Andy Maggi of the Sierra Club, the vote that passed the new bill is:

“… a win-win for our climate and clean energy here in Oregon. The Clean Electricity and Coal Transition plan shows that we can come together to advance real climate solutions as we move away from coal and toward more clean energy.”

This is an excellent step, indeed, as coal is dangerous not only due to its carbon emissions and environmental impact, but also because of its effect on human health. To name just one hazardous incident caused by the coal manufacturing process, in 2014 82,000 tons of water leaked from a coal ash pond into the Dan River in North Carolina, turning the water to a “gray sludge” with contaminants possibly including lead, mercury, arsenic, and uranium.

Bravo to Oregon for taking steps to ban coal! We hope that this bill is passed, and that more states take notice. We have plenty of renewable energy sources, such as the sun and the wind, at our disposal. There is no need to pollute our planet further.

Excellent news from Oregon! Governor Kate Brown has just signed the Clean Energy and Coal Transition Plan (Senate Bill 1547) into a law. The new law will phase out Oregon’s use of coal, and specifically, ban the import of out-of-state coal, by the year 2030.

Additionally, as we reported above, this plan will also require Oregon to use at least 50 percent renewable energy, from green sources such as solar and wind power, by the year 2040.

On March 11, Governor Brown held a public signing of the Clean Electricity and Coal Transition Plan at James John Elementary School in North Portland. In front of a student audience, she announced:

“Today, we are facing one of the most significant threats to Oregon’s economy, environment and our way of life. It’s global climate change… What we do today, we do for them [addressing the children]. As I’ve said many times before, future generations will rightly judge the morality and leadership of this generation, not by the fact of climate change, but how we responded to it.”

“This landmark legislation allows us to effectively manage Oregon’s transition to a clean energy future in a manner that protects customers from cost impacts, ensures grid reliability and allows us to meet all of our responsibilities to the communities we serve.”

We salute Oregon, and Governor Brown, for this history-making environmental law! While we as a country, and as a planet, still have a long way to go in cleaning up our Earth, laws such as this move us in the right direction.