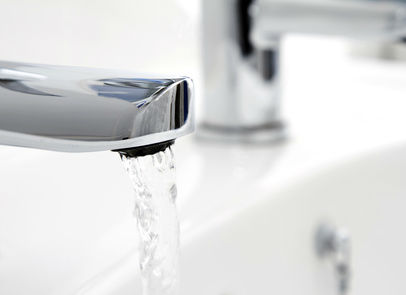 How much water do you go through in a day? A few gallons, maybe? It may come as a bit of a surprise that the average family of four in America goes through a whopping 400 gallons of water every day, according to the Environmental Protection Agency.

Every time you flush a toilet, rinse a glass or wash your hands, you send precious gallons of water right down the drain.

While the quick turn of the nozzle may not appear to be much in terms of wasted water, this vital resource is quickly running scarce. In 1990, thirty states reported “water stress conditions.” That number rose to 40 states in 2000 and jumped to 45 states by 2009. In fact, the world’s water usage has increased sixfold over the past century.

Couple this with the fact that many of our once-clean water sources are quickly becoming contaminated with pollution, and we are soon to have a real water crisis on our hands.

You may not think there’s much you can do as a sole individual to solve the world’s water situation, but it turns out that one person’s actions can make a major impact. For example, one toilet flush in America uses as much water as a person in a developing nation is allotted for cooking, cleaning, drinking and bathing.

And while there are large-scale changes you can make to help conserve, such as utilizing rain barrels or drip-irrigation systems, upgrading to efficient appliances and installing on-demand water-heaters, these can be costly and may not be feasible for many individuals.

However, that doesn’t mean you can’t better manage your water footprint. Follow some of these steps that will not only reduce your water bills each month, but will also contribute to solving the world’s water woes.

Don’t use the toilet as an ashtray or garbage can. Each flush utilizes between three and seven gallons of water.