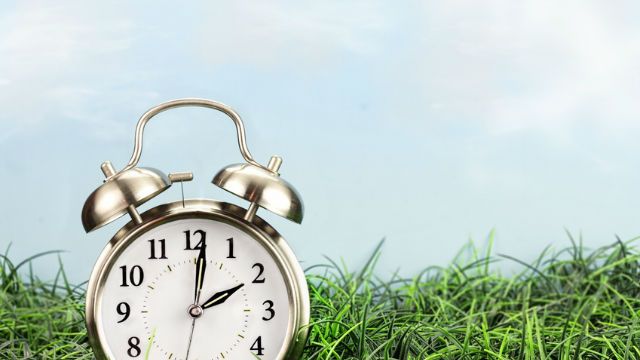 Many of us officially “sprung ahead” on March 9, and will “fall back” again on November 2. The annual ritual of turning our clocks ahead one hour was first proposed by Benjamin Franklin, who found himself wide awake at 6am while working in France due to the earlier sunrise.

He noted that waking earlier allowed him many more daily working hours, and theorized that the entire country could be much more productive if they too woke earlier.

Unsure how to go about implementing such an idea, he eventually laid it to rest, and it wasn’t until WWI that Germany set their clocks ahead one hour in an effort to save on artificial lighting and reduce the need for coal during the war. In 1918, a standardized start and end to daylight saving time (also referred to as daylight savings time or DST) was established for those countries, states or territories wishing to partake.

During WWII, all American states were mandated to set their clocks ahead the extra hour in an effort to save money spent on electricity, which could be better contributed toward the war effort. In fact, America observed DST year-round from 1942 to 1945.

Today, countries all over the world have the option of changing their clocks. Most of North America and Europe observe DST, while Asian and African countries opt not to. In America, Arizona and Hawaii remain in standard time year-round while the rest of the states make the annual time change each year.

According to surveys conducted by Rasmussen Reports, only 33 percent of Americans think the time change is necessary, which is down from 37 percent last year. According to Tufts University professor Michael Downing, author of Spring Forward:

“The Annual Madness of Daylight Saving Time, each year anywhere from ten to thirty new bills are proposed by different state legislatures to change the current system. Two particular bills on the table this year would leave certain cities in Kentucky and Tennessee with a two-hour time difference even though they were located only a few miles apart.”

But perhaps the real question, posed by so many finding themselves struggling to stay awake after all of the time tinkering, is whether or not the notion of DST even works.

According to a 2008 Yale University study, counties in Indiana did indeed see a reduction in lighting costs during DST, yet saw an increase in cooling costs as the extra hour added to the end of the day made for warmer houses. Other researchers have noted that Northern states may benefit more from DST as the temperatures tend to be cooler, but Southern states definitely see an increase in the energy usage needed to cool their homes for longer hours.

From a health perspective, the one hour time change, though not drastic, does have an effect on people’s health. A 2008 study found an increase in instances of heart attack after the spring time change, which researchers contribute to disturbed sleep patterns. Chronobiologist Till Roenneberg of Ludwig-Maximilians University in Munich, Germany notes that our circadian rhythms never adjust to the added daylight hour, especially since it is added at the end of the day when our bodies should be gearing down.

So how do you cope with the grogginess the extra hour of daylight brings? Sleep experts agree that the most important thing you can do to combat daytime sluggishness is to maintain consistent sleep patterns during DST.

Before the time changes, prepare a few days in advance by going to bed a bit earlier. Reduce afternoon and evening caffeine consumption even though the sun may still be shining, and try to avoid heavy exercise sessions too late in the evening. 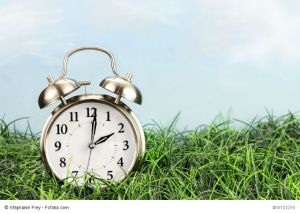 Black-out curtains in the evening can block the natural sunlight that keeps your body awake. And if climbing out of bed is a struggle during the dark morning hours, exposing yourself to gentle light will help ease your body into waking naturally.

A consistent sleep pattern will help with the transition from darker evening hours to lighter, and will help you maintain your normal circadian rhythms year-round.