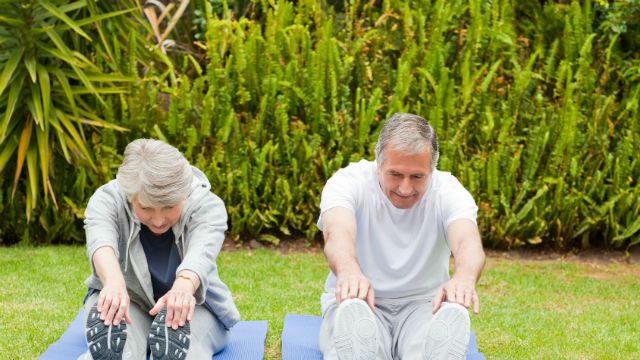 One of the primary fears that many of us have when we think about getting older is the fear of cognitive decline, loss of memory, and degenerative brain conditions such as Alzheimer’s disease.

Especially if someone we know has been affected by such a condition, it is not uncommon to feel powerless in the face of such a foe.

However, research has shown that there is something that all of us can do – regardless of what age we are – that, along with being absolutely vital to our overall health, can have a significant impact on keeping our brains healthy and our memories sound. What is this magic formula for brain health? Simply good, old-fashioned exercise.

A 2011 study performed by researchers from the University of Illinois, University of Pittsburgh, Ohio State University, and Rice University found that one year of performing moderate aerobic exercise led to improved spatial memory in older people that were sedentary before the experiment began.

For the experiment, 120 older individuals who were sedentary but did not have dementia were divided into two groups. One group walked around a track for 40 minutes per day, three days of the week, for one year.

The other group was instructed in only stretches and toning exercises over the course of the year. Spatial memory tests and magnetic resonance images (MRIs) were given to all of the participants at the start of the study, halfway through, and after one year.

Results showed that not only did the individuals in the walking group score better on their spatial memory tests than they had when the study began, they also displayed an increase in hippocampal size. The hippocampus is the part of the brain tied to the formation of memory. Contrastingly, in the participants who did not perform aerobic exercise, the size of the hippocampus actually decreased.

Senior author Art Kramer, director of the Beckman Institute at the University of Illinois, says, “the results of our study are particularly interesting in that they suggest that even modest amounts of exercise by sedentary older adults can lead to substantial improvements in memory and brain health.”

Lead author Kirk Erickson, professor of psychology at the University of Pittsburgh, adds, “we think of the atrophy of the hippocampus in later life as almost inevitable. But we’ve shown that even moderate exercise for one year can increase the size of that structure. The brain at that stage remains modifiable.”

An earlier study, performed in 2003 by Dr. Kramer at the University of Illinois, also supports the theory that the brain can grow and change even in later years, and that exercise may play a significant role.

This study performed an analysis of 18 separate studies of the impact of aerobic exercise on “healthy but sedentary older adults,” published between 1966 and 2001. From their analysis, the researchers concluded that although other factors, such as gender, the duration of exercise, and the type of exercise, played a role, aerobic exercise did indeed have a positive impact on cognitive function.

While some may think it is normal for the brain to slow down as we get older, research shows that it does not necessarily have to be this way. It also shows that physical and mental health are intimately connected, and that exercising at least three times a week is crucial to keeping your brain, as well as your body, in the best shape possible.