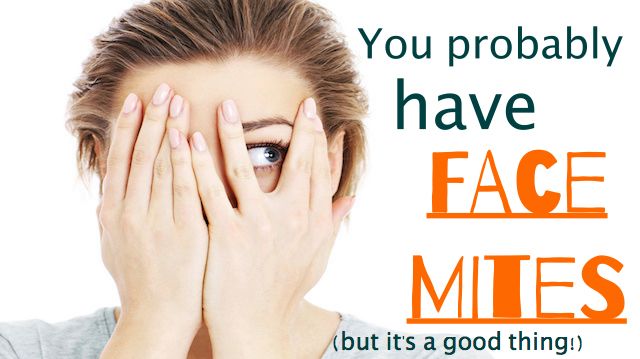 You may not know this, but your face is a thriving ecosystem for wildlife. Two species of mites have permanent residence on human faces.

Demodex folliculorum is a type of microscopic mite that lives in hair follicles on your face. Demodex brevis is a mite that lives in the sebaceous glands slightly below the surface of your skin. Research has found that these mites are distant relatives of modern spiders. These creatures eat bacteria, fungi, oil, and dead skin cells.

They cause no harm to your face, and you cannot feel them. In fact, they may work toward better skin health by keeping your pores cleaner and free of debris.

While the idea of face spiders sounds disgusting, the presence of these mites can tell us a lot about our ancestry — and the human race as a whole. Researchers estimate that these mites have been with us for thousands, if not millions, of years.

Although we have known about the presence of these face mites for some time, it was first thought that only a small number of people had the mites on their faces. Recent studies, however, show that over 90 percent of adult human faces are home to these mites.

This discovery opened the door to new studies about the possible implications of face mites, and information we could learn from these lifelong companions. A study conducted in 2015 and published in the Proceedings of the National Academy of Sciences found that the face mites you have can say a lot about your genealogy.

In the study, evolutionary biologists sampled mites from 70 study participants. They analyzed the DNA of the mites and the DNA scraped from the skin cells alongside the mites. The researchers found that different mite “families” are associated with different family lines of humans. The same mite families stayed within human families even as they crossed continents, providing yet another look into how humans migrated over time. 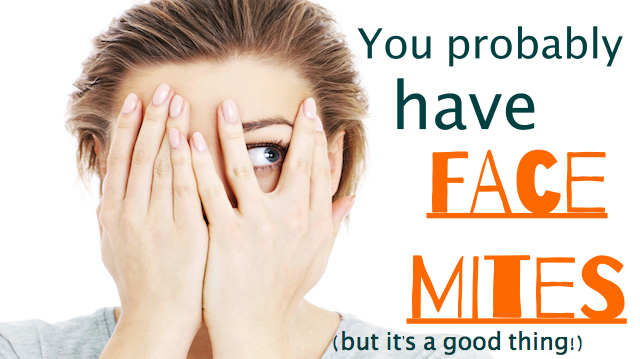 In this study, researchers found that study participants of African descent had the greatest mite diversity. As most scientists believe that life originated in Africa, this is hardly surprising news. The mite families found on the faces of individuals from North America and Europe were found to be descendants of the African mite strains.

What surprised the researchers, however, was how little the mite family strains changed even after a human family had been living in another continent for generations. Study participants who were of African descent still “retained mites originally inherited from Africa rather than exchanging mite populations regularly with individuals of European descent,” the researchers noted.

This suggests that mites are mainly passed through skin-to-skin contact with other humans. It also suggests that certain mites may prefer differing skin conditions, further limiting migration. Factors like number of hair follicles on the face, where the hair is located, how hydrated the skin is, and the size of pores could influence what type of mite family takes up residence.

With such a small study size, further research is necessary, but it is likely that these findings will lead to much larger studies in the future. Researchers hope that further study will reveal more information about the genetic history of island peoples, as well as uncover further genealogical details about migration and the history of human groups.

On the medical side, researchers wonder if it could be face mites (or a lack of them) that are responsible for common skin conditions such as acne, rosacea, and flaky skin.