In a bold move which stands entirely against so much of our nation’s struggle for food labeling transparency, the Grocery Manufacturers Association (GMA) has sent a letter to the FDA seeking approval to label their foods as “natural.”

The GMA includes over 300 large corporate brand names such as Campbell Soup Company, The Coca-Cola Company, Kraft Foods Group and McDonald’s Corporation, as well as biotech giants DuPont and Monsanto. Part of the group’s letter to the FDA states, “there is nothing ‘synthetic or artificial’ about foods derived from biotechnology.”

While this may seem laughable to many, the scary thing is that the FDA does not have a strict definition for the term “natural.” On their website, the FDA writes:

“From a food science perspective, it is difficult to define a food product that is ‘natural’ because the food has probably been processed and is no longer the product of the earth. That said, the FDA has not developed a definition for the use of the term natural or its derivatives. However, the agency has not objected to the use of the term if the food does not contain added color, artificial flavors, or synthetic substances.”

This lack of definition opens the door for all sorts of chemically-processed foods to call themselves natural, and is frankly quite appalling. In fact, according to the New York Times, 65 class-action lawsuits are currently pending across the United States against companies using misleading terms, including “natural”, on processed food labels. Two of these companies are Kellog and Chobani.

In response to the GMA seeking a “natural” label for GMO ingredients, Scott Faber, the vice president of the Environmental Working Group, says, “it’s like they’re trying to get the government to say night is day and black is white.”

Some states have already taken action against such erroneous labeling. Connecticut has legislation making it illegal for companies to use the term “natural” on any foods that contain GMOs. Currently, 26 states have pending legislation in various stages of the legal process regarding GMO labeling laws.

There has been a significant rise in demand for truly natural foods in the United States. As a nation, we are finally becoming more aware of the dangers of synthetic ingredients. We hope that the FDA does not grant “natural” status to GMOs; this move would only serve to negate any trust that health conscious consumers still have left in this organization. 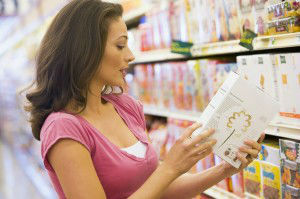 To avoid GMOs in your food, stick to fresh, whole, organic ingredients, and if you do buy certain products that are packaged, look for the terms “USDA Organic,” and “GMO Free,” where available. As the definition currently stands, the term “natural” really doesn’t mean anything.