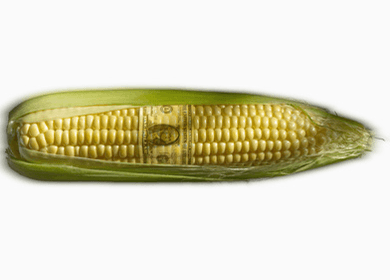 The French study specifically focused on one strain of GMO corn, called ‘NK603.’ Lab rats were fed a diet consisting of 33 percent ‘NK603’ corn over the course of two years. The large tumors, liver and digestive damage that researchers found are being used as evidence in an attempt by the French government to convince the European Union to ban GMO corn altogether. So far, bans have been denied, but if the initiative can get the support of the French health agency Anses, they may have a shot when the studies are re-assessed later this year. Other nations, such as Russia and Germany, have already banned GMOs.

Another French study, conducted at the University of Caen, evaluated the impact of the GMO corn variety known as ‘MON 810’ on lab animals. The study’s leader, molecular endocrinologist Gilles-Eric Seralini, concluded that the effects of this GMO crop mimicked the effects of pesticides on biological systems. These included liver and kidney problems, as well as inflammation disorders. ‘MON 810’ inhibited the body’s ability to functionally detoxify itself. Related research in Hungary discovered that ‘MON 810’ is lethal to one rare insect species and two Hungarian protected species. As there is no way to keep GMO seeds from spreading – they are carried by wind – this presents a very serious issue when it comes to preserving delicate wildlife. 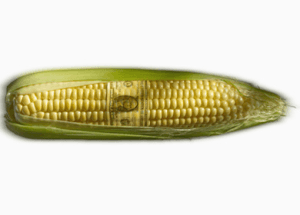 The question remains: if GMO corn is clearly dangerous and very likely carcinogenic, why is Monsanto receiving so much support in the United States? According to a statement by the FDA, GMOs are, “generally regarded as safe.” Similarly, the World Heath Organization (WHO) has stated that, “no effects on human health have been shown as a result of the consumption of such foods by the general population in the countries where (GMOs) have been approved.” The appeal of GMOs is entirely financial; corn that undergoes these modifications can withstand herbicides, and therefore increasing crop yields, leading to higher profits.

The sad conclusion that the health-conscious individual can draw from these findings is that the FDA seal of approval can no longer be trusted. Just because the FDA is behind something does not make it healthy or safe. Similarly, our President’s support of the ‘Monsanto Protection Act’ shows that our government is willing to sacrifice the safety of its population in favor of increased profits. The ruling bodies have turned a blind eye to the staggering amount of research warning us against the use and consumption of GMOs, in this specific case corn, therefore it is up to us as individuals to do our own research and remain aware of the toxic products and information that we are being fed on a daily basis.