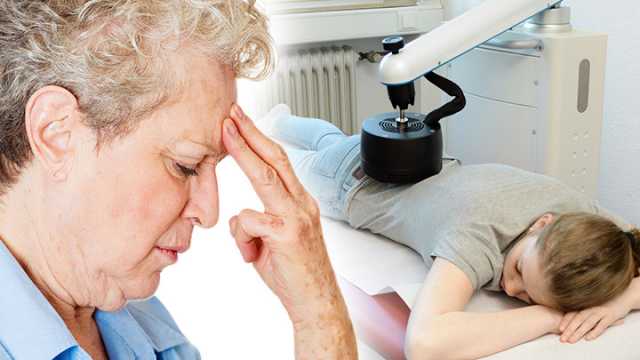 There are certain “traditional” treatments where you can’t help but just roll your eyes. Treatments where there’s talk about balancing ions or restoring compromised spiritual auras, but with no real way of verifying how those treatments actually work to benefit the body or mind. Magnet therapy is undoubtedly one of those treatments, and it’s got the alternative health world divided.

Because the thing is, not everything in this life can be quantified. There’s been plenty of instances where an intangible treatment or small shift in mentality has completely reversed the symptoms of a debilitating or even fatal disease. People who meditate claim that they achieve spiritual balance and a sense of calm that’s hard to verify with numbers and graphs. But there’s no doubt that meditation can markedly improve the health of both our mind and body — so why shouldn’t it also soothe the spirit?

Magnet therapy, in my opinion, has the potential to fall within this beneficial therapeutic category. I certainly don’t intend on writing it off until I’ve dug a little deeper and seen what kind of results it can achieve, or (on the other side of the coin) what kinds of side effects and dangers it presents.

Join me as I explore the potential health benefits of magnet therapy, and draw your own conclusions as to whether it might be a novel new treatment for your own ailments.

What is magnet therapy?

But what exactly is magnet therapy? Simply put, it’s the use of magnets to draw disease and pain from the body. Magnetic therapy practitioners use either permanent static magnets or electromagnetic pulses to treat a problem area within the body, with the idea being that these magnetic fields help to restore balance in our bioenergetic fields, which apparently surround and infuse the human body.

From a more tangible perspective, some practitioners believe that magnet therapy helps to increase blood flow and draw toxins to the surface. This works on the premise that our blood contains iron, which is then drawn to the magnetic field applied to whatever area of the body. In this respect, applying a magnetic field to, say, an aching knee should theoretically encourage greater blood flow to the knee, speeding up healing and alleviating pain.

After reviewing the literature, it became quickly apparent that the most popular use for magnet therapy is to treat symptoms related to arthritis and joint pain.

A 2015 study published in the Journal of Europe PMC sought to examine the therapeutic effect of applying magnetic fields to the lower back of 120 patients suffering from degenerative spine disease. Patients were divided into two groups: the first group was treated with laser therapy, and the second group was treated with 15 minutes of magnet therapy. The results indicated that both the laser treatment and magnet therapy were “effective methods for the treatment of pain and restricted mobility of the spine.” And while the laser therapy group showed a greater reduction in pain, the magnet therapy group achieved a greater level of mobility.

Another study published in the American Journal of Obstetrics and Gynecology sought to determine the effect of magnet therapy on patients suffering from chronic pelvic pain. Patients received four weeks of magnet therapy to their abdominal and pelvic regions, showing a marked lowering both the symptoms and pain associated with their pelvic condition.

So, based on the relatively limited studies that have been conducted so far, there may, in fact, be a beneficial effect of magnet therapy on joint and arthritic pain. What else?

Well, preliminary research suggests that magnet therapy may also help to treat the symptoms and progression of neurological disorders like Alzheimer’s disease. A 2016 study published in the Journal of Clinical Neurology used repetitive transcranial magnetic stimulation (rTMS) to treat 27 patients diagnosed with mild to moderate Alzheimer’s. Patients were treated with the magnetic stimulation five days a week for six weeks. Researchers found that there was a remarkable improvement in both language and memory capacity following the magnet therapy, particularly for those suffering from mild Alzheimer’s.

Another study published in 2015 reported a similar beneficial effect of magnet therapy on patients suffering from Alzheimer’s. But rather than testing just one group of people, they examined the results of seven studies encompassing 94 people with Alzheimer’s disease. The team concluded that while there are relatively few studies available on the topic, what research has been completed shows a “significant therapeutic effect on cognitive function in patients with mild to moderate AD (Alzheimer’s disease).

The neurological benefits of magnet therapy don’t stop there. After reading about claims that magnet therapy can benefit people suffering from depression, I turned to the literature. Not expecting to find much, I was pleasantly surprised — after only a minute or two of searching, I came across more than 10 studies seeking to verify that claim. This 2015 study, for example, used magnetic seizure therapy to successfully treat more than two-thirds of patients suffering from treatment-resistant depression. Another article published this year that examined 1288 individuals suffering from major depression across 25 studies found that transcranial magnetic stimulation was a well-tolerated and often-successful treatment for major depression.

How to use magnet therapy

There are two schools of thought with regards to magnet therapy: one group believes that it can be used safely and effectively at home, and the other maintains that it should only be applied by professionals. Personally, I’m more inclined to put my trust in the professionals in this instance — there’s a lot that can go wrong, particularly if high-strength magnets are being used in high-risk areas such as organs or the brain. Do your research, find a respected magnet therapy practitioner in your area, and find out what all the fuss is about.