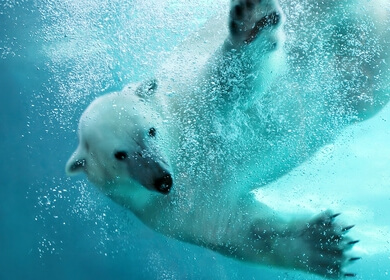 Spring is an immensely popular time of year. The trees put on their best show, flowers burst from beneath the ground, ready to display a rainbow of colors and our lawns become alive once again. However much we love the greening of our earth with the approach of another spring, there is one place where green signifies a type of death rather than life.

The Arctic tundra is not supposed to be green, it is supposed to be layered in ice and snow. However, new research reveals that by the year 2050, the tundra will be warm enough to support lush, green vegetation.

This is a scary reality that researchers say is due to increasing global temperatures. The Arctic is now being called the “hot seat” of global warming because it is warming up at a faster rate than anywhere else in the world.

As the mercury rises, the snow melts and suddenly, the Arctic is not so cool anymore. As the snow melts it will also decrease the amount of light that is deflected back into the atmosphere, thus adding to global warming.

Under the snow lies a darker surface that will hang on to heat. This is the opposite of the snow and ice which deflects the heat away from the earth’s surface.

Researchers are worried, very worried, as the Arctic warms up, the impact is felt all over the globe. The melting of sea ice, for instance changes the water temperature which has a drastic effect on marine ecosystems and weather patterns around the world. 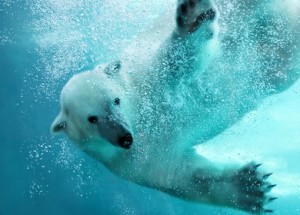 The loss of snow and ice threatens the existence of such animals as the polar bear. Migratory bird populations, caribou, reindeer and other wildlife will suffer as a result in changes to the tundra vegetation.

Global warming continues to wreak havoc on weather patterns causing more and extreme weather events such as hurricanes, heavy rains, major droughts and hot temperatures. Extreme weather takes its toll on the weak, the young, the sick and the elderly and causes a threat to the world population.

Extreme climate changes also put the United States energy security at risk as power outages become more commonplace and the oil and gas infrastructure in the Gulf are compromised. Heat waves, drought, floods and wildfires destroy land, livestock, homes and lives every year and the severity of these events appear to be worsening.

You may ask… what can I possibly due to help prevent these horrible weather patterns and the melting of the ice in the Arctic? There is strength in numbers, and when many people set their minds to make something happen, it can and will make a difference. Here are just a few suggestions as to what you can do: