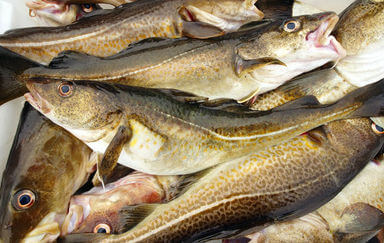 Researchers in North Carolina have recently made a truly shocking discovery. Unnatural levels of formaldehyde have been detected in fish imported from China and Vietnam to Raleigh, North Carolina supermarkets.

Formaldehyde, a chemical compound usually used for embalming the deceased, as well as a medical disinfectant, is highly toxic, and is a known carcinogen. While some fish have naturally-occurring formaldehyde at very low levels, according to A. James Attar, a North Carolina chemical engineer, what he and his research team found was way above a level that could be dismissed as natural.

Attar, along with colleagues Jason Morton and Matthew Schwartz, work at Appealing Products, Inc., a chemical engineering firm based in North Carolina. The team made their discovery of formaldehyde in imported fish by accident, while conducting trial runs of a new formaldehyde test they had developed for clients in Bangladesh, where intentional addition of formaldehyde to food is an issue. Some Bangladeshi companies surreptitiously add it to aid in preservation, as refrigeration is often unavailable.

In February 2013, the researchers discovered that about 25 percent of fish samples they had collected from supermarkets in Raleigh were contaminated with formaldehyde. All of the contaminated samples were imports from Asian countries, mostly from China and Vietnam. Formaldehyde was not found in fish that had been caught in the United States.

Startled by their discovery, the research team routinely tested fish samples in Raleigh for the next six months, with the same findings. They then enlisted the help of researchers at North Carolina State University, who verified their results.

Attar and his research team did not accuse the Asian fish importers of adding formaldehyde to the fish intentionally. However, along with Bangladesh, there have been documented cases of intentional additions of formaldehyde to food in China, Vietnam, Indonesia and Thailand.

It is illegal to add formaldehyde to food, and any levels above naturally-occurring trace amounts are considered unacceptable by the FDA. Frighteningly, however, according to Attar and his research team, the FDA does not test imported fish for formaldehyde, and only 4 percent of imported fish is tested for any contaminants.

What is even more frightening is that according to the National Oceanic and Atmospheric Association, about 91 percent of the seafood sold in the United States is imported, and about 89 percent of all fish sold worldwide comes from China.

If only 4 percent of imported fish are tested at all, it is disturbing to think what other chemicals – and at what levels – are lurking in our seafood dinners.

According to Attar, the imported fish that was found to contain formaldehyde was only found in Raleigh, and may not be representative of imported fish that is found in other parts of the country. However, since it is mostly arriving from the same places, this is not very comforting.

This discovery is just one more vehement reminder to buy our food locally whenever possible. If we know where something comes from, it is much less likely to contain hidden contaminants which may cause great harm.