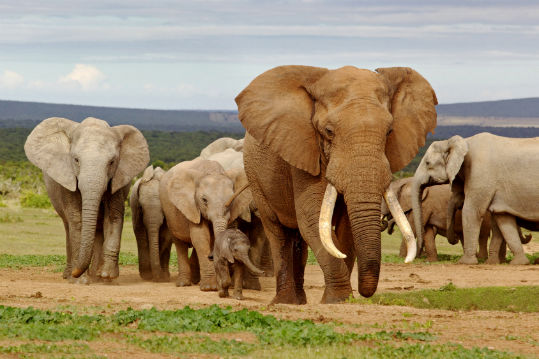 Poachers have been a living nightmare to humanity and the animal kingdom for decades. Now they have a reason to be on the run, thanks to Veterans Empowered To Protect African Wildlife (VETPAW) and its newest anti-poaching advisor Kinessa Johnson.

Kinessa Johnson spent four years serving in Afghanistan. She committed her life to protecting the lives of men, women, and children at home and abroad. Now she has undertaken a new mission. This time she aims to protect an even more vulnerable creature, endangered animals.

As Johnson explains, “We’re going over there to do some anti-poaching, kill some bad guys, and do some good.”

Johnson and her team of fellow veterans arrived in Tanzania on the 26th of March. Having made their presence known to the locals in the immediate area, she has already noticed a decrease in poaching activity.

Their work in Africa will consist mainly of training park rangers to be better equipped in the fight against poachers. They are providing training that includes marksmanship, counter-intelligence, and field medicine. They will also patrol with the park rangers to provide them with additional support.

Serving on a Different Kind of Frontline

Johnson loves animals and was driven to become involved in the protection of endangered species by joining with VETPAW. She explained that the largest populations of elephants and rhinos are in Africa, and that makes it a frontline for the defense of these endangered species.

According to Johnson, “They [the African park rangers] lost about 187 guys last year over trying to save rhinos and elephants.”

Not to mention, that the proceeds from selling poached animal products is often used to provide monetary support for war and terrorism in Africa. Not only does VETPAW want to enforce the existing poaching laws strictly, but they hope to educate local people to help in protecting the natural resources of their country.

VETPAW is a not-for-profit organization whose goal is to provide meaningful employment to post-9/11 veterans and support Africa’s anti-poaching rangers. VETPAW is the realization of a dream by U.S. Marine Corps veteran Ryan Tate who wanted to help preserve endangered species, while providing an employment opportunity that would allow veterans to use the combat-related skills they cannot apply in most conventional civilian settings.

“Learning about the brutality of the poaching crisis and the rangers who are dying protecting wildlife, hit me harder than anything I’d ever seen – and I’ve seen some crazy stuff. I realized I have the skills necessary to help save animals and the people who risk their lives daily,” explained Tate. “That’s when I decided to create VETPAW.” 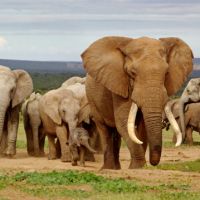 Protecting our world and the animals in it is a mission that everyone should become involved in; if not by directly enforcing laws then through the provision of financial and other means of support.