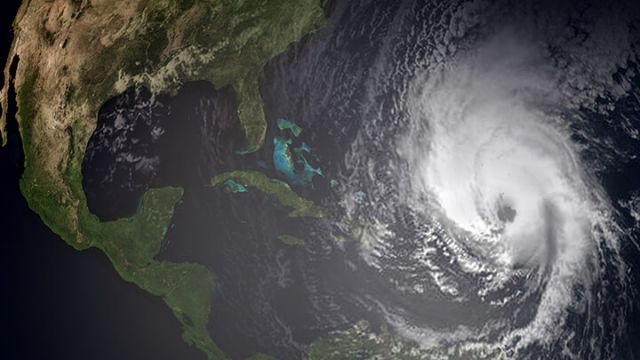 As a child, I remember learning about the Greek goddess Cassandra who was blessed with the gift of prophecy, but she was also cursed because no one would believe her predictions. Musing about disasters foretold (but ignored) crept into my head recently as I surveyed some recent opinion pieces on the devastating impact that Hurricanes like Harvey, Irma, Jose and Maria have had.

Some people view these storms as entirely natural phenomena that have little relationship to human activities. Others view these events as a portent of the kind of cataclysmic weather activities, which are an inevitable consequence of human beings burning too much fossil fuels. While still others view these extreme weather incidents in supernatural terms — as a form of divine retribution visited upon a people who have lost sight of God’s ways.

Irrespective of their beliefs and backgrounds, the way people respond to natural disasters can often reveal amazing reservoirs of innate decency, which calls attention to our shared humanity. Unfortunately, when it comes to explaining the causes and significance of such weather events, we remain as divided as ever.

For instance, when climate scientist Kerry Emanuel recently suggested (in an Op-Ed) that we stop calling events like Irma and Harvey “natural disasters” because they have a man-made dimension (in so far as humans are overbuilding in vulnerable areas) he was immediately slammed on semantic grounds alone as the following tweets illustrate:

If a hurricane isn’t a “natural disaster” then I don’t know what the hell it is. Semantics needlessly muddy adaptation policy debate.

Ridiculous. Record of past 400 years of European settlement on east coast is replete with catastrophic hurricanes.

What’s behind the destructiveness of recent hurricanes?

In the current environment, asking a simple question — like, is climate change causing destructive hurricanes? — seems destined to elicit blowback and controversy. Most scientists insist that global warming is real, that it is caused by human activity (burning too much fossil fuels), and that climate change will ultimately contribute to extreme weather events.

However, there is a class of politicians and business interests who maintain that climate change is a hoax perpetrated by academic elites who want to regulate and micromanage the economy (because they are supposedly unable to create wealth themselves). Ideologies like this are hard to argue with because belief systems usually have an article of faith to explain away each and every fact.

But facts are stubborn, and here are a few that are hard to dismiss:

Rapid intensification is supposed to be highly unusual, but this year alone four storms — Harvey, Irma, Jose and Maria — have undergone this process. For a good explanation of how warmer oceans lead to the rapid intensification of hurricanes, check out this video by Dr. Mark DeMaria, Technology & Science Branch Chief at the National Hurricane Center.

Hurricane Harvey, of course, decimated the epicenter of the fossil fuel industry. That irony, needless to say, is not lost on environmental activists, who have been warning about the links between carbon fuels and extreme weather events for decades.

However, most scientists take a cautious approach — refusing to link any one storm (or particularly bad hurricane season) to climate change. As Katharine Hayhoe, an atmospheric scientist at Texas Tech explains, “Climate science is all about the long-term statistics [but] we can say, absolutely without a doubt, that this hurricane [Harvey] took place over altered background conditions. Our planet is very different today than it would have been 50 or 100 years ago.”

The altered background conditions Hayhoe refers to include:

As the world warms, evaporation speeds up. So on avg there’s more water vapour for a storm to sweep up & dump now, compared to 70 years ago. https://t.co/M4R9OFFZt9

As Hayhoe mentioned, science deals in statistics. If you flipped a coin a dozen times, you would have little basis to conclude if that coin was fair or not. After all, a particular run of heads (or tails) could just be a fluke. However, more observations will lend credence to any theory you have about the coin being fair or not. The same holds true for the theory that more intense weather events are being spawned by climate change.

Connecting the dots on climate change

Fifty years from now, future generations are likely to look back and wonder why so many policymakers (and so much of the public) took so long to connect the dots. Part of the answer lies in human nature.

You can’t link one giant Slurpee soda to diabetes. But a pattern of consuming jumbo-size sugar-laden beverages will increase most people’s risk for developing a metabolic disease like diabetes. Similarly, no one extreme weather event is proof that climate change is the direct cause. But virtually all climate scientists agree that a very real pattern is unfolding.

As you might expect, experts still disagree about the extent to which climate change is exacerbating extreme weather, but experts like Kevin Trenberth, of the U.S. National Center for Atmospheric Research, conjecture that when it comes to hurricanes like Harvey, “The human contribution can be up to 30 percent or so of the total rainfall coming out of the storm. It may have been a strong storm, and it may have caused a lot of problems anyway — but [human-caused climate change] amplifies the damage considerably.”

Extreme weather events like Harvey are a reminder that that human development is a factor when it comes to destructiveness too. Put simply, building in floodplains and coastal regions facing rising seas is neither sustainable nor wise.

As Dr. John Jacob of Texas A&M noted, “Disasters as Hurricane Harvey remind us [that] we should focus on ‘resilient growth’ so we can bounce back from adversity. We want to get these communities affected by flooding to the point where a flood can be seen as an inconvenience and not a disaster.” Presumably, that means paying more attention to climate scientists and experts on watershed and coastal development, who have been warning about the perils of global warming for years.

Will we heed the warning signs?

It’s too early to tell if the rather unprecedented fury of Harvey, Irma, Jose and Maria will be a wake-up call or if the warning signs will go largely unheeded. Many modern-day Cassandras are speaking up about climate change and its role in producing superstorms. But will they be believed before it’s too late?