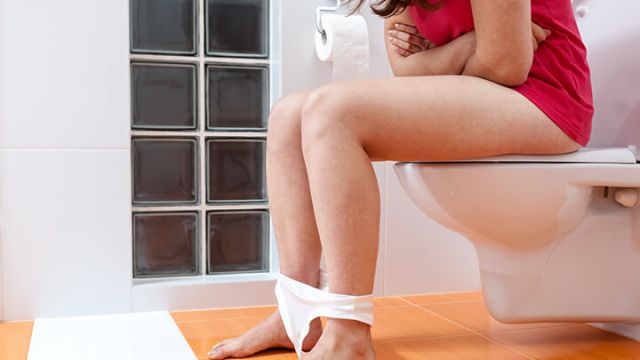 Have you ever wondered what the difference is between sitting directly on the toilet, or using the toilet seat? People can pee on the toilet rim, but they can just as easily do that to the toilet seat (women using public bathrooms know exactly what I mean). And believe it or not, toilet seats are a relatively new invention, that many countries or cultures still do without.

In ancient Egypt, most people sat on a wooden stool with a hole in it, and their business fell into a container filled with sand that sat below it. In Europe, during the Middle Ages, people usually used pits in the ground, with wooden seats placed over them.

Overall, it seems the toilet seat has evolved as the toilet itself has — from pits and sharing to a more private, flushed affair. So it’s likely that one of the main reasons we use a toilet seat is to emotionally separate the thing we’re sitting on from the bowl where waste goes.

Beyond this and some extra comfort, there are some pretty compelling reasons behind the toilet seat and its adjoining lid, and some important habits to go with it. Here are six:

You should clean the whole toilet fairly often (depending on the size of your household and other factors). But you can clean the toilet seat even more often — not just for stray pee, but also for sweat, stray hairs and other unwanted bacteria. Note: a hard toilet seat is strongly preferred over a soft one.

Of the hard toilet seats, plastic and wood are the most common. Plastic tends to be much cheaper, and easier to clean than wood, but it also breaks or cracks more easily. Scratches and cracks call for a replacement, as they become a bacteria danger. Wooden toilet seats are more durable and don’t get as cold, but you have to be sure to use the right cleaning chemicals and dry the seat quickly.

2. Close the toilet lid to keep your bathroom air clean

This forgotten appendage isn’t just for decoration. It’s actually a really good idea to put the lid down when you flush to stop the swirling water spraying tiny particles of waste into the air. Called “aerosol plumes,” according to microbiologist Philip Tierno, they can reach as high as 15 feet. That means the plumes can reach the bathroom sink, or even your toothbrush, unless it’s stored away in a cabinet.

3. Toilet seat liners are a waste of time (pun intended)

To cover or hover in a public toilet? Though it’s quite wasteful, many people who are scared of strangers’ bacteria bring their own toilet covers, or cover toilet seats in toilet paper before sitting down. If this is you, you’re actually making things worse. Toilet seats are typically designed to repel germs, through their shape and smooth texture. Toilet paper, in particular, has a rougher texture and is specifically designed to be absorbent — making it a perfect home for bacteria.

Our skin also protects us from normal levels of germs and bacteria, and much of the bacteria found on public toilet seats is already present in or on our bodies. Studies have also found that places like your kitchen sink or kitchen sponge have much more bacteria than a toilet. There is a lot more people traffic in a kitchen, and a greater variety of food handled, as well as hands less washed. A kitchen sponge soaked regularly in diluted bleach is much more useful than a toilet cover. But if you need peace of mind, hover.

4. Close the lid to protect pets and kids

To stop pets drinking from the toilet, or kids being mischievous and playing with it or dropping things into it, keep the lid down. For kids, you can also install a child lock.

While we’re on this point: don’t flush pet fish down the toilet. Goldfish disposed of down the toilet are now taking over waterways in Australia. Without natural predators, these fish are growing to “dinner-plate proportions” and eating the eggs of native species.

5. Men: Flip the seat up then flip it down

Seriously, it takes about one second. Just do it, and put the toilet lid down while you’re at it (see point two, above). Assuming you’re not prepared to clean the toilet each time you use it, at least put the seat down so we don’t have to look at your mess. Further, leaving the seat up could potentially cause minor accidents. No one expects it to be up in the middle of the night, and a cold, slippery surprise can await them if that’s the case.

Have you ever wondered why most public toilet seats are U-shaped, with a gap at the front? The seats are actually required by most public authorities in the U.S. The gap gives your genitals (no matter which kind they are) some space and makes it less likely they’ll come into contact with the toilet, and it means one less space for urine to drip or splash. Finally, these open-front toilet seats make it easier for women to wipe without touching the seat.