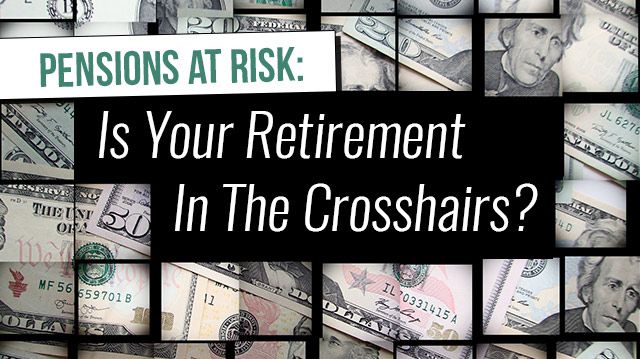 If you are one of the many truckers in the United States, your pension could soon be at risk.

The U.S. Treasury Department is expected to decide by May 7 whether to approve benefit reductions for the trucking industry, which is one of the nation’s largest pension funds with more than 400,000 members. Thanks to legislation approved in 2014 by Congress, financially distressed multi-employer plans will be allowed to reduce benefits for retirees so long as it would improve solvency of the fund. Should Treasury approve the cuts, it would shrink benefits starting on July 1. However, such a move also would give the fund at least a 50 percent chance of lasting another 30 years.

The Central States Pension Fund, like many others in the United States, suffered significant losses during the Great Recession. And while the stock market has improved since, that has done little to reduce the damage done. As such, the fund has been paying $3.46 in pension benefits for every $1 it received from employers in order to make up for the imbalance, a drain of $2 billion annually. The fund would become insolvent by 2025 if nothing is done, leading to the current controversy.

Naturally, truckers have come out in droves to protest the potential cuts in benefits, but they are not the only ones that could be affected. The Multi-employer Pension Reform Act (MPRA) of 2014 allows any fund that believes it will not be able to pay 100 percent of benefits within 10 to 20 years to qualify for benefit cuts. Backers of the measure say that the plan will make sure retirees still get some money. Even in the worst-case scenario, workers with at least 30 years’ service would get slightly more under the deal than they’d get at retirement now.

Critics are not convinced. According to Karen Friedman, vice president of the Pension Rights Center, the move will open the door for other cuts to pensions. There are currently 10 million workers covered by multi-employer benefit plans, and around 1 million of them are in plans that could go bankrupt over the next two decades. Already, four other funds that have announced their intentions to apply for cuts under the MPRA, Friedman said.

Ava Miller and her husband Ed Northrup are just two of the retirees who could be affected. They told The Washington Post that their combined monthly pension income would be cut from nearly $7,000 to $3,000 if the proposed cuts go through — a staggering reduction.

This would cause them to have to dip into their savings to help cover bills, including a $1,300 mortgage payment. “I did everything I was supposed to do,” Miller said.

These stories are troubling, of course, but the fact remains that something must be done to save these funds from insolvency, supporters of the legislation say. Critics respond that there is still plenty of time to come up with a solution that would benefit all parties. For instance, there is currently a bill, sponsored by presidential candidate Sen. Bernie Sanders (I-Vt.) that would provide government assistance to the funds rather than cutting them. This would be paid for by eliminating tax breaks to the wealthy, such as a measure that prevents taxation of high-end real estate sales.

Sen. Rob Portman (R-Ohio), has proposed a bill that would allow plan trustees to negotiate with retirees to “let the democratic process work.” His bill would prevent the Treasury Department from overruling any vote retirees take against pension cuts and require that only filled-out ballots be counted. Under the MPRA, a majority of all workers and retirees in the plan is required to block the cuts and a vote to block can fail even if 100 percent vote against it since at least 50 percent have to actually vote. Any vote that is not returned counts as a “yes” for cuts.

Thomas Nyhan, executive director of the Central States Pension Fund, supports these bills but feels there is little chance of them passing. He told The Post that the cuts are “gut-wrenching” but that at this point it’s not a matter of if cuts will be made, but when.

Do you believe that the impasse over pensions can be resolved fairly?