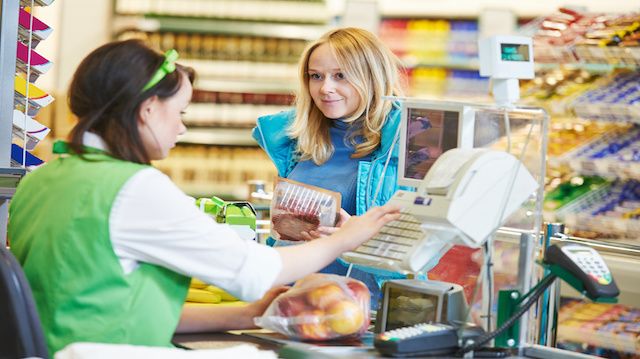 Part of the program’s growth since the recession can also be attributed to changes in the program’s eligibility rules. SNAP only allows able-bodied adults without children to participate for three months, but states with high unemployment were able to waive this requirement.

President Obama also made signing up for the program easier and a short-term increase in benefit amounts made the program more attractive to potential beneficiaries. Eighty-five percent of eligible beneficiaries signed up for food stamps in 2013, compared to 70 percent in 2008.

This year a number of states will stop making exceptions for the three-month limit on able-bodied beneficiaries. According to the Center on Budget and Policy Priorities, 500,000 childless adults will lose SNAP benefits. The increased monetary benefits returned to pre-recession amounts in 2013.

The changes in eligibility requirements created a shift in the demographics of program participants. Recipients today are more likely to be working full-time jobs and have at least some college education than was the case before the recession. For the first time, able-bodied workers without children made up a slight majority of the residents in households receiving SNAP benefits. The statistics count all household members and not just those receiving benefits, so these numbers may include a variety of situations, including adults on benefits who live with their parents.

More participants may be working, but that doesn’t mean that they are making livable wages. The requirements for earnings are just above the poverty level, $1,275 per month for a household of one or $2,628 per month for a household of four. While the falling unemployment rate is undoubtedly good news, we’re still waiting for a wage growth to kick in. Without higher wages, many working Americans still struggle to get by.

The number of food stamp recipients remains very high and reflects a considerable labor market “slack.” Unemployment statistics fail to take into account, for instance, those workers who are underemployed, those who are working fewer hours than they would like to and those who have taken temporary work while they look for something permanent. 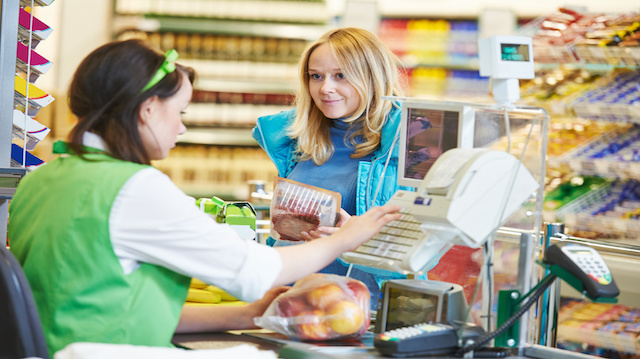 The numbers are also indicative of how food stamps and the labor market work. According to the Congressional Budget Office, it takes several years for SNAP benefits to decrease following economic improvement. They expect the number of program recipients to decrease by about 30 percent over the next 10 years.

In the meantime, the political war of words over welfare continues. The ballooning numbers rile conservatives, who tend to concentrate on the costs associated with rule changes. They argue that our lax eligibility requirements have stunted incentives to work. Meanwhile, progressives downplay the effect of shifting eligibility requirements and concentrate on the needs of people surviving a serious and very long-lasting downturn in the job market.

It’s a battle of statistics and each side has their own economists. Progressives point to numbers that claim two-thirds of new participants are most certainly a result of the recession. One-third might be a result of changes to the system. Conservatives tend to look at spending — which counts the temporary monetary benefits increase as well as participant enrollment — and claim that some 60 percent of new costs incurred are due to the changes in the rules.

The hike in benefits has expired and the temporary measure allowing childless, able-bodied adults to participate indefinitely are due to expire. SNAP benefits allotted to disabled adults and those raising children, however, are permanent.