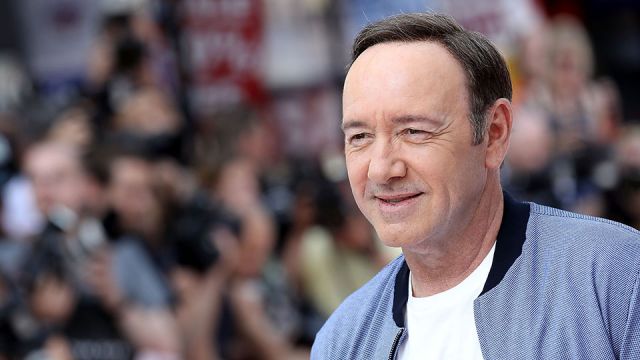 Kevin Spacey has come out with an apology to CBS actor Anthony Rapp, who recently claimed that the “House of Cards” star made an inappropriate sexual advance on him when he was 14-years-old.

After a month of major sexual assault allegations being announced, this particular situation is different for several reasons. For starters, many people did not know Spacey was gay, due to him wanting to keep his life private as possible.

Yesterday, Rapp told Buzzfeed that when he was 14-years old, Spacey made an inappropriate move on him at a party thrown at Spacey’s house. At the time, Spacey was in his mid-twenties.

Rapp claims Spacey put him on a bed and climbed on top of him, but Rapp was fortunately able to leave before the assault could go on further.

To further raise awareness about the misconduct allegation, Rapp tweeted this last night:

I came forward with my story, standing on the shoulders of the many courageous women and men who have been speaking out 1/3

Spacey also tweeted last night to apologize and to help clarify Rapp’s claims. Here is his apology Tweet, which has since gone viral:

As seen in the Tweet above, Spacey claims that he was drunk and doesn’t remember the encounter, but clearly doesn’t deny that it didn’t happen. He then changes gears and talks about his personal life and his sexuality.

Unfortunately, some news organizations, such as CNN, The Washington Post, and Fox News are running stories which focus on Spacey’s sexuality, and not on the victim.

Keep focus on #AnthonyRapp BE THE VICTIM’S VOICE. Help us level the playing field.

With that being said, Spacey is facing harsh criticism for trying to spin the allegation as a way to come out as gay, especially considering that in the past he said his private life was “none of your business.”

Kevin Spacey: My sexuality is none of your biz.

Anthony Rapp: Kevin Spacey assaulted me when I was 14.

When every straight late-shift news editor manages to miss the goddamn point. pic.twitter.com/VdJsp2ouBE

Kevin Spacey really tried to throw the entire LGBT community under a bus and call it solidarity in an effort to mask his personal failings.

Overall, it appears after Rapp’s allegations, Spacey is facing criticism from almost every direction, in what seems like a totally unwinnable situation for him.

What are your thoughts on the Spacey misconduct allegations situation? Do you watch “House of Cards” on Netflix? Should more focus be placed on the victim? Let us know.