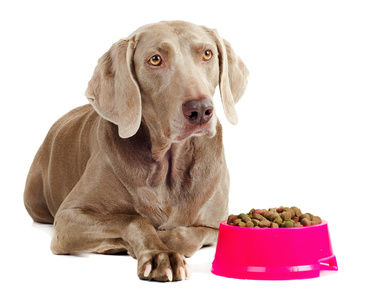 Do you pay attention to what’s really in the food your dog is eating? Many people don’t, which is what the majority of traditional dog food companies are counting on. Inedible waste and scraps that are considered unfit for human consumption are often what’s used to make pet food.

According to DogFoodAdvisor.com, some of the rather unsavory ingredients that legally go into dog food include slaughterhouse waste like the heads, hooves, beaks and feet of animals, dead lab animals like rats and monkeys, diseased, disabled and dead farm animals, road kill, the mill sweepings of bread and cereal rejects, spoiled supermarket foods, restaurant grease and peanut shells. And possibly even cats and dogs that have been euthanized.

The site featured an interview with former AAFCO (Association of American Feed Control Officials) president, Hersch Pendell, who revealed that euthanized pets can and are legally used in dog food. Pendell said that if an ingredient is listed in vague terms like “meat meal” or “meat by-products,” you don’t know if it’s meat from cattle…or from “Fluffy.”

According to the pet food industry, meat can come from any mammal, including road kill, dead, diseased or dying farm animals, or euthanized cats and dogs. When purchasing dog food, keep an eye out for words like “by-products” or “middlings,” as these are a major clue that it’s an inferior product made from cheap and questionable ingredients.

There are many other potentially harmful ingredients that are often used in commercial pet foods. In 2007, an international pet food crisis caused kidney failure and death in pets who had consumed products that contained melamine-contaminated wheat gluten. Wheat gluten is a grain by-product that provides a less expensive alternative to muscle meat protein or whole grain carbs.

Melamine is a plastic component that increases protein levels when added to wheat gluten; the pet food manufacturers had used it to create greater profits and a less expensive product by using poor quality ingredients, causing numerous animals and their human companions to suffer.

Just like processed human foods, pet foods may also contain harmful toxins like chemicals and preservatives that are considered to be carcinogens, such as BHA and BHT. Food dyes have been found to cause behavioral problems and other health issues in humans and may be carcinogenic to animals – but these artificial colors appeal to the eyes of humans, pets don’t care what their food looks like.

Your best bet to avoid giving your dog something that might be harmful is to make your own food. Just like humans, dogs often thrive on a diet of whole foods rather than processed junk. One great recipe to try is the “Whole Pet Diet Chicken Stew,” also known as “Doc’s Stew,” as recommended by the author of The Whole Pet Diet, Andi Brown. 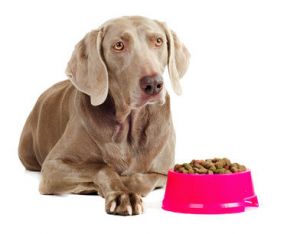 Combine all ingredients in a large (10-quart) stainless steel stock pot. Bring to a boil, then reduce heat to low, simmering for about 1 ½ hours. When finished, allow the mixture to cool, then de-bone the chicken by hand. Use an electric mixer or food processor to blend all ingredients into a puree. Make up “meal-sized” portions and freeze anything that you won’t use right away in Tupperware or other suitable containers.

Fido will likely thank you for your efforts by living a longer, healthier life!