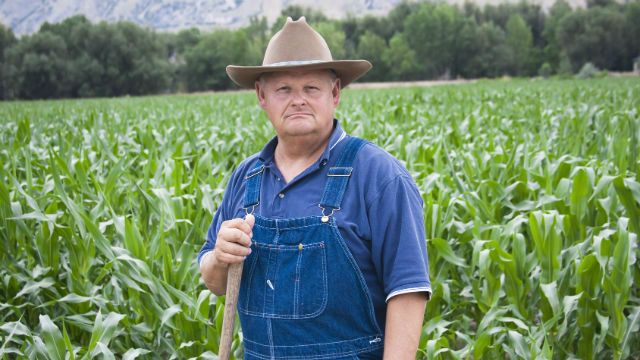 Encouraging evidence is coming to light that our nation is beginning to turn away from genetically modified foods.

As many people grow more and more concerned about the potential health and environmental risks of growing and consuming GMOs, American farmers are finding that it actually makes better financial sense to plant non-GMO seeds.

The publication Modern Farmer recently released an article, entitled “The Post-GMO Economy,” in which experiments by farmers in the US show that planting GMO corn ended up costing more money and producing less yield per acre than planting non-GMO corn.

Aaron Bloom, a farmer and crop consultant, performed five years of experiments comparing the economic sense of planting GMO seeds versus non-GMO. He found that planting conventional corn could save an average of 81 dollars per acre per season. Especially in the case of large farms covering hundreds and thousands of acres, this is a huge amount of savings.

Bloom’s agricultural model is based on corn grown in western Iowa and southern Minnesota, but Modern Farmer reports that it could also be applicable throughout the Midwest. Bloom says, “we get the same or better yields, and we save money up front.” The up-front savings occur because GMO seeds often cost approximately 150 dollars more per bag than non-GMO seeds.

Iowa farmer Chris Huegerich performed a similar experiment two years ago, planting 320 acres of non-GMO corn alongside 1,700 acres of GMO corn. He found that the conventional, non-engineered corn produced between 15 and 30 more bushels per acre than the GMO corn, providing him with about 100 dollars more profit per acre.

In today’s market, farmers often get paid more for non-GMO corn, as the demand for it has significantly increased. With the growth of the demand for GMO labeling, people becoming suspicious of this technology and its effects, and nations in Europe and Asia banning the import of the seeds, the non-GMO food market has grown by almost two billion dollars between 2011 and 2013.

Many farmers who raise animals are now demanding non-GMO feeds, after numerous experiments have found that GMO feed can have detrimental effects on livestock. Ib Pedersen, a Danish pig farmer, has personally witnessed these effects. He says, “when using GM feed I saw symptoms of bloat, stomach ulcers, high rates of diarrhea, pigs born with deformities, but when I switched (to non-GMO feed), these problems went away, some within a matter of days.”

The use of GMOs is also contributing to increased pesticide and herbicide resistance, driving farmers to apply increasing amounts of these chemicals to their crops. Huegerich says, “five years ago the (GMO seeds) worked. I didn’t have corn rootworm because of the Bt gene, and I used less pesticide. Now, the worms are adjusting, and the weeds are resistant. Mother Nature adapts.”

It is becoming clear that GMOs do not make sense for a number of reasons, including personal health, environmental consciousness and now even financial reasons. We hope that soon the tide will turn completely, and genetic modification of crops will be a thing of the past.