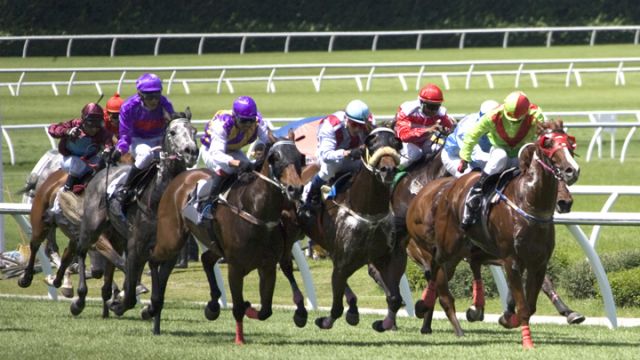 It’s nearly unheard of for a thoroughbred racehorse to still compete at the age of 12. Earlier this month, a 12-year-old boy from a horse racing family used his own savings to claim the older racehorse for the sole purpose of retiring him.

In claiming races, which are the majority of horse races, licensed owners can “claim” a horse running in a particular race for the value of the race. For example, a horse running in a $10,000 claimer is valued at that price. As soon the race is over, the new owner has the horse, although the previous owner is entitled to any purse money won. Twelve-year-old Fredrick Spanabel happens to be a licensed owner, so he could claim “Good Credentials,” a racehorse sharing his birth year.

Fredrick’s father, George Iacovacci, is a racehorse trainer, and the boy owns a successful racehorse, “Finn B. Cool.” For a kid in middle school, Fredrick has an exceptional mind and discipline for business. He had saved approximately $15,000 from Finn B. Cool’s winnings, and planned to put the money toward college tuition.

Horses aren’t Fredrick’s only interest. At the stable, he runs his own small animal rescue, rehabilitating pigeons, rabbits, chickens and other creatures people bring to him.

Good Credentials raced at various tracks in the Midwest and Louisiana during the earlier part of his career, earning a total of $47,402. At age 7, he was retired from the track to become a riding horse. However, in June, he reappeared at Michigan’s Hazel Park Raceway. It’s extremely unusual for a horse to return to racing after a five year layoff. Good Credentials finished sixth in a $4,000 claiming race – not exactly an amazing comeback.

The horse’s situation became known to representatives of One Last Race, an organization dedicated to funding non-profit thoroughbred charities to help “rescue, rehabilitate, retrain and re-home former racehorses.” The founder of One Last Race, Jennifer Wirth, contacted a racehorse rescue near Hazel Park Raceway, Beyond the Roses Equine Rescue and Retirement. That led to Beyond the Rose’s executive director Gail Hirt’s contacting Kelly Spanabel, Fredrick’s mom, about ways to address the situation. Kelly contacted Good Credential’s trainer and told him the rescue was willing to take in the horse. The trainer wasn’t interested. Hirt contacted the horse’s owner, who said she wanted to run him a few more times, according to The Paulick Report. The possibility of claiming the horse was brought up, but Beyond the Roses couldn’t spare the $4,000 necessary to acquire Good Credentials that way. Then Fredrick spoke up, and offered to use his own money to claim Good Credentials.

Good Credentials ran in a $4,000 claiming race at Hazel Park Raceway on July 2. He finished fourth. Because of Fredrick’s claim, once he crossed the finish line he became his horse. The horse’s former owners were upset that the horse was claimed for retirement, and decided to lodge a formal complaint with Hazel Park Raceways officials. Wirth, an attorney, agreed to represent Fredrick and his father for free at the hearing. The racing stewards upheld the claim’s validity, and stated that Fredrick and George must fill out a “Permanently Retired from Racing” form for Good Credentials.

Just a week later, Finn B. Cool won another race, with $3,000 going to the owner. Fredrick has almost won back the money he used to claim Good Credentials.

Good Credentials will never set foot on another racetrack. He is currently rehabbing at Beyond the Roses, where he will aim for a new career as a riding horse.