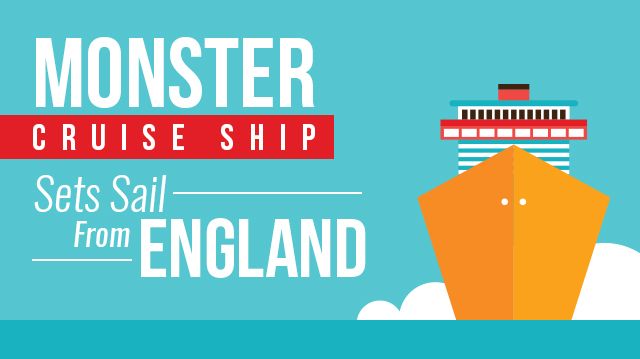 Royal Caribbean’s Harmony of the Seas weighs 226,963 tons, the largest such vessel ever launched. By comparison, a ship launched in April 1912 from Southampton weighed 52,310 tons and was 330 feet shorter, but it was the biggest ship of the era. Her name was Titanic.

The Harmony of the Seas maiden voyage didn’t end up like that tragic liner, but serious problems were reported. Six thousand passengers set off on this initial trip, and it’s safe to say many of them were not happy sailors.

Harmony of the Seas
It took 2.5 years to build this massive ship — although perhaps it’s actually taking a bit longer, as passengers on this first trip allege. The total cost to date is 1.4 billion dollars. There are 16 decks, 23 swimming pools, 20 restaurants, a basketball court, zip lines, an ice-skating rink, two rock-climbing walls, miniature golf and a robotic bar on the vessel. In the latter, robots serve the guests drinks. Much of the ship contains a mall-like collection of shops and eateries. It can hold up to 8,500 passengers and crew at capacity.

The neighborhoods
The Harmony of the Seas features a group of “neighborhoods,” such as Central Park. This area not only has 12,000 trees and plants, but includes the type of dining and shopping found in New York City. No, there are no carriage horses onboard. The Royal Promenade is the place to pub crawl and get drinks at that Bionic Bar. The Boardwalk is reminiscent of the seaside resorts of yesteryear and includes the much-hyped Aqua Theater, the site of high-diving shows. However, the Aqua Theater wasn’t operational during this initial trip.

A construction site
The initial sailing has not been smooth. Passengers are complaining that the ship resembles a “construction site” and have sent photos of “overflowing urinals, uncovered drains and muddy carpets,” according to The Telegraph. Workers continued construction on the ship as it sailed, and many of the advertised amenities had not yet opened. That resulted in long lines for dining areas, bars and guest services. Many parents brought kids along because of the children’s attractions offered. Almost all of them were closed.

Public-relations disaster
The Harmony of the Seas first voyage has been a public-relations disaster for Royal Caribbean. Passengers paid large sums of money for inconvenience and disappointment. One woman said she couldn’t sleep because of workers drilling throughout the night, while a man said passengers were getting covered by soot “that even landed in their dinner.” Hot water was lacking and toilets were broken, and it wasn’t until the third day out that the showers were fixed. Wet paint signs were common in the staterooms. There were reports of sharp debris in the children’s pools. Passengers had to take care not to trip over the cables, open paint cans, ladders and power tools that littered the ship. The Daily Mail dubbed the passengers’ ire “Mutiny on the Harmony.”

Discount vouchers
Royal Caribbean is offering disgruntled customers a 20 percent discount on their next cruise, provided it is taken by the end of the year. That’s not acceptable to many passengers, as they paid large sums of money to go on this cruise and can’t afford another one in a six-month time frame, even with 20 percent off.

The Harmony of the Seas is set to head to Barcelona — its home port — from The Netherlands and will begin regular cruises until the end of October.