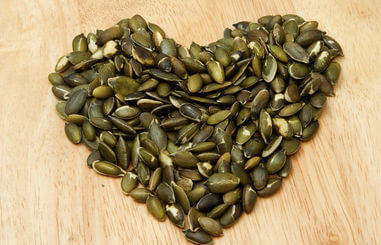 A study performed by Texas Tech University found that the way in which linoleic acid functions in the body contributes to an increased fat-burning ability by cells.

Through performing mouse studies, nutrition science researchers found that linoleic acid could potentially increase metabolism, as well as decrease muscle fatigue. They hypothesize that these effects could be applicable to humans, as well.

The research team, led by Chad Paton, an assistant professor of nutritional biochemistry at Texas Tech University, studied an enzyme known as SCD1, which helps to break down saturated fats. The liver’s production of SCD1 is dependant on the fat content of an individual’s diet – more enzyme is produced as more saturated fat is consumed.

Study results showed that the more SCD1 enzyme was produced, the greater the appetite of the mice, and resultingly, the more linoleic acid was found in their body tissues. The researchers also observed that the linoleic acid activated a part of the DNA of the muscle cells in the mice, which caused the cells to produce more mitochondria.

This increase in mitochondria in turn activated a protein that boosted the cell’s ability to burn off excess energy through a process known as ‘uncoupling.’ Additionally, when the SCD1 enzyme was designed to be constantly produced in the mice as part of the experiment, the mice were able to exercise for far longer periods of time without experiencing as much fatigue.

Linoleic acid is a polyunsaturated omega-6 essential fatty acid. It is found naturally in certain foods including brazil nuts and almonds, as well as seeds such as pumpkin, sesame, poppy and sunflower seeds.

Conjugated linoleic acid, also known as CLA, is found in the largest concentrations in grass-fed beef, as well as raw, organic dairy products. Along with promoting weight loss while nourishing muscle tissue, CLA has also been linked to reducing inflammation, slowing the progression of multiple sclerosis (MS) and lowering the risk of heart disease and certain types of cancers.

If you are trying to lose weight, adding foods containing linoleic acid to a healthy, organic diet, along with a daily exercise routine, could have significant health benefits, and could greatly expedite your journey to achieving the body shape that you desire.