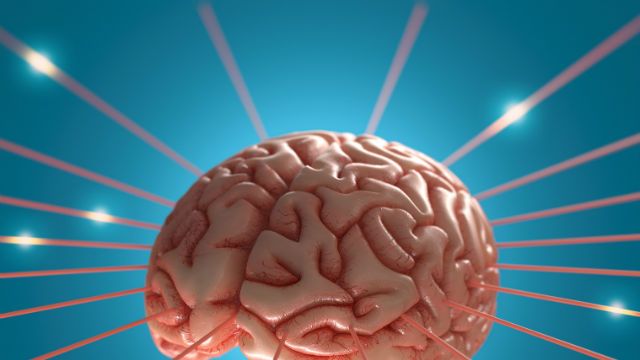 You’ve probably at least heard about the parasite known as Toxoplasma. Many people associate it with cats, due to the possibility of coming in contact with it while cleaning a litter box, although there are a number of other ways to become infected, such as eating or touching undercooked, contaminated meat.

This single-celled parasite causes a disease known as toxoplasmosis, and according to the Centers for Disease Control, more than 60 million people in the U.S. may be infected. A study published in March found that as much as half the worldwide population may play host to the parasite.

Of those, only a few likely have symptoms, as those with a strong immune system are usually able to fight it, preventing illness. For pregnant women and people with a compromised immune system, becoming infected with Toxoplasma could cause serious health issues.

Studies have linked the disease with numerous different mental diseases like bipolar disease, schizophrenia and obsessive compulsive disorder. A study published in the Public Library of Science journal PLoS ONE in September 2013, found that the parasite changed the brains of mice and rats, resulting in continuing effects even after the parasite is gone.

Researcher Wendy Ingram of the University of California, Berkeley, said that the parasite might make permanent changes in brain function as soon as it gets into the brain, creating behavior changes as early as three weeks after infection.

It altered the fear reaction of mice and rats so that they love the smell of cat urine, which makes infected rodents much more likely to be caught by cats, which then eat them, along with the mind-controlling parasites. As toxoplasma can only reproduce in the guts of cats, its behavior directly affects its own survival.

A new study, published in the journal Molecular Ecology suggests that the parasite can even turn its host’s genes on and off, and researchers believe that other parasites may also use this strategy.

Toxoplasma may alter a rodent’s response to cat smells by overcoming the complex network of neurons that detect an odor, figure out its source and decide on the right response in a given moment.

It’s believed to do this by switching the genes off through the attachment of molecular caps called methyl groups, a process known as methylation. In order to switch a gene on again, the caps are removed.

This process does more than just allow cells to develop into a variety of organs, according to an article in The New York Times, it lets them change the way they work in response to signals from the outside. In the brain, for example, neurons rely on this process to lay down long-term memories and change how an animal responds to its environment.

Researchers conducted a number of lab experiments that suggest the strategy of this parasite may not be uncommon. Kami Kim of the Albert Einstein College of Medicine, who was not involved in this particular study, published a review this spring in the American Journal of Pathology, and was enthusiastic about the research. She and her colleagues surveyed a number of species that may use the same methylation strategy to turn host genes on and off, such as the bacteria that cause leprosy.

Dr. Kim notes, “It looks like it will be a general strategy used by pathogens.”