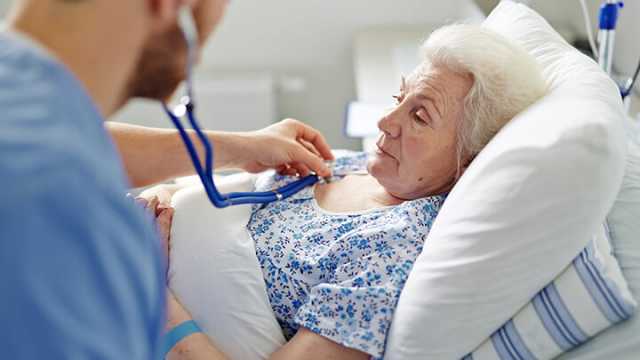 The Affordable Care Act, the signature health care legislation signed into law by President Obama in 2010, has survived Republican efforts to repeal it, court challenges and low public approval ratings. However, the election of Donald J. Trump — who promised during his campaign to dismantle “Obamacare” — may pose the stiffest challenge yet for the landmark bill, which has expanded access to health services to more than 20 million people.

Since winning in November, Trump has backed away from previous pledges to abolish the program entirely, a move that experts say would create chaos in the healthcare market. Instead, in a recent post-election interview on 60 Minutes, Trump indicated a willingness to keep several popular provisions of the program. These include:

Trump’s post-election moderation may seem encouraging to supporters of the program. However, most experts are skeptical that the president-elect will be able to preserve only the popular provisions without undermining the rest of the health care law.

After all, the crux of the Affordable Care Act (ACA) has always rested on a central bargain. Namely, the cost of insuring individuals with pre-existing conditions is offset by expanding the pool of people covered. That’s where the individual mandate came in. If citizens aren’t compelled to carry health insurance, then the cost of insuring those with pre-existing conditions will skyrocket.

On the face of it, Trump’s pledge to keep Obamacare’s popular provisions, but scrap elements his base and Republicans don’t like, seems a bit like trying to square the circle. 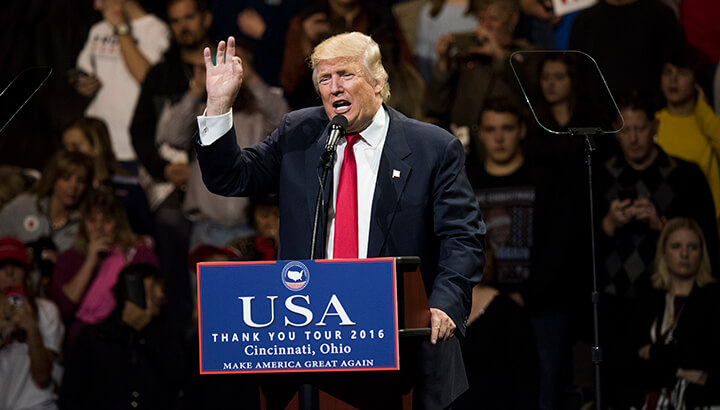 Trump has promised to replace the Affordable Care Act with something he insists will be much better. In fact, polls indicate that Americans now view affordable health care as a top concern. Shortly before the election, it was widely reported that health insurance premiums could rise as much as 25 percent in 2017.

That news was a political blow to both President Obama and democrats in general. The most important question now, of course, is what will President Trump and the incoming Republican Congress do? Will they try and gut Obamacare, selectively modify it or replace it with something new? More importantly, what are some of the options being considered and how might they affect you and your family?

To begin with, Republicans — including Trump — are aware that simply repealing the Affordable Care Act without replacing it with something else would be both a political and social disaster. More than 20 million Americans now rely on Obamacare subsidies. Consigning them to the ranks of the uninsured overnight would create pandemonium in healthcare markets while fomenting social unrest.

Instead, Republican lawmakers are likely to symbolically repeal the Affordable Care Act, but delay the effective date it expires by a couple of years, which would give the GOP time to coalesce around a replacement plan. 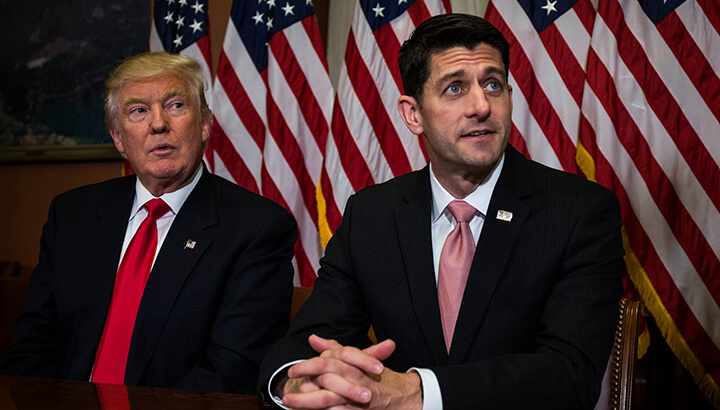 Presently, there are at least seven Republican plans floating about. They differ in their details. But most would scale back Obamacare’s subsidies, which would almost certainly increase the amount of Americans without health insurance. According to the Congressional Budget Office, up to 22 million people could lose coverage under these plans.

One of the likelier plans, so far, is The Better Way for Health Care, a proposal from House Speaker Paul Ryan. Interestingly, the Ryan plan leaves Obamacare’s preexisting conditions provision cosmetically intact, but it would allow insurers to charge people with preexisting conditions more if they do not maintain “continuous coverage.”

For example, according to some analysts, a sick patient who let their coverage lapse would face drastically increased premiums even though an insurance carrier could not refuse to offer them a plan. For supporters of the ACA, this appears to be an underhanded way of watering down the preexisting provision.

The Better Way plan would create a $25 billion fund to create a high-risk pool, which would be something of a safety net for very sick people who cannot afford insurance coverage. However, critics contend that similar high-risk pools have not worked successfully in the past.

Ryan’s plan differs from Obamacare in another important respect. Republicans have long believed that the ACA’s subsidies have been too generous. They also contend that one of the program’s flaws is that it has attracted too many sick people and not enough young and healthy individuals. This flaw, they insist, is causing premiums to rise dramatically.

Even some supporters of the ACA acknowledge there is some truth to this argument. By and large, healthcare observers expect the Better Way program to reverse this trend. Consequently, under a Republican plan, health care spending for the old, poor and sick will likely decline while the young and healthy can expect to pay less for coverage.

The Ryan proposal would also likely roll back the Medicaid expansion under the ACA. Republicans have long talked about turning Medicaid into a block grant program implemented by the states. But under the Better Way plan, spending on Medicaid could decline by as much as a third.

Interestingly, the Better Way proposal contains one provision that is unlikely to go down well with the public. Currently, health benefits offered by employers to employees are not taxed. Most economists believe this amounts to a large subsidy for those with jobs.

Health analysts on both sides of the aisle agree that this practice encourages people to buy more coverage than they really need and that the tax exclusion raises costs for everyone else. However, reducing the threshold on the tax break, or eliminating it entirely, could leave many workers feeling health insurance sticker shock.

Senator Orrin Hatch, a Republican from Utah, has introduced a competing plan. His proposal is similar to the Ryan plan in many respects, but it comes with tougher measures to compel people to maintain continuous coverage.

It also contains a “default coverage” plan, which is a low-cost but bare-bones policy that only covers catastrophic care. The premiums would be minimal — about $164 a month for 18 to 34-year olds — and could be offset by tax credits. However, it may be interesting to hear Republicans explain how this “default” option differs from the individual mandate, which they have vehemently opposed in the past.

According to the Rand study, premiums for young people would stay the same under the Hatch plan as they are now under Obamacare. However, those over fifty would see their premiums rise.

One thing Trump talked about on the campaign trail was the idea of allowing insurance companies to market and sell health insurance plans across state lines. His website contains very few substantive details about health care, beyond replacing Medicaid with block grants and allowing states to “experiment with innovative ways to deliver healthcare to our low-income citizens.”

Trump’s appointment of Representative Tom Price, a fierce critic of the ACA, to be his Secretary of Health and Human Services would not appear to bode well for Obamacare. In fact, while in Congress, Price introduced his own health care proposal. It was entitled The Empowering Patients First Act, which would dramatically undo the ACA.

Price’s plan would scrap government directives telling insurers what they must cover in favor of a market-based approach. Critics contend that Price’s plan favors the well-off and health practitioners over patients because it provides even less funding for low-income Americans than other Republican plans. Timothy Jost, a health expert at Washington Lee University who supports the ACA, said Price’s plan should really be called “The Empower Doctors First Act” since it seems to do so much to roll back patient protections.

The end of Obamacare? 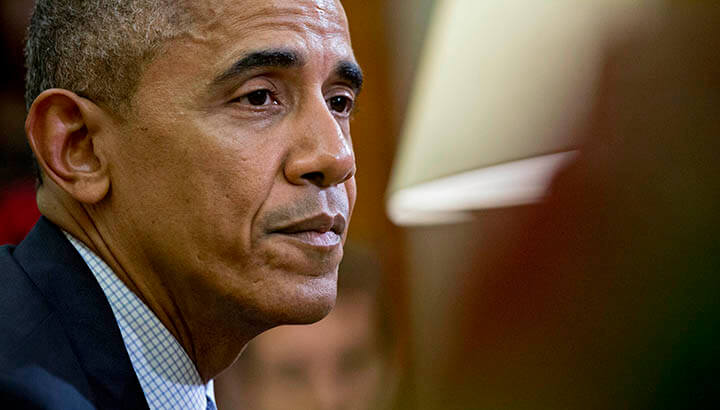 The future of Obamacare remains unclear. At first, Trump’s surprise victory appeared to signal that the ACA’s demise was fast approaching. Now, it appears likely that lawmakers will hold a vote to symbolically repeal it as early as January. Still, the law will remain in effect for a couple of years as Republicans draft a replacement.

It’s too early to tell, but in all likelihood, we’ll hear a lot more about vouchers, medical savings plans and interstate competition among insurance providers as a way to drive down premiums.

Ultimately, Trump’s surprise victory will probably lead to a gradual but far-reaching shift. In the future, the federal government will play less of a role in health care. The states and market forces will have more of a role. Obamacare’s emphasis on maternity care, pediatric services and preventive medicine will likely suffer setbacks too.

The ACA has been on life support before — and survived. But this time may be different. There’s little question that the ACA needed some fixes. But undoing it without engendering bigger problems may prove trickier than many suppose.

As Sabrina Corlette, a professor at the Health Policy Institute of Georgetown University, cautions, “The idea that you can repeal the Affordable Care Act with a two- or three-year transition period and not create market chaos is a total fantasy,” Therefore, it remains to be seen if the “cure” the Republicans have in mind will do more harm than good or not.