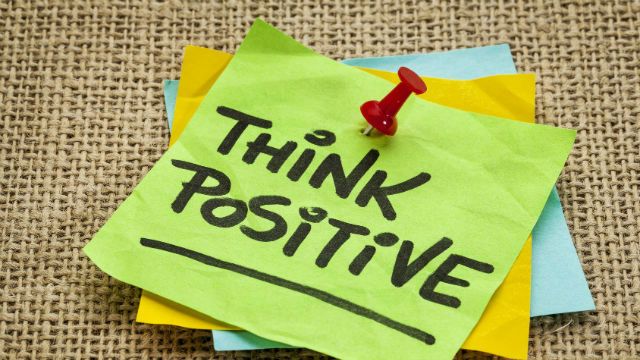 You’ve probably heard a lot about positive affirmations and perhaps have wondered if they really work or if it’s all just new age mumbo jumbo.

Positive affirmations are said to be useful for bringing about all types of change, including everything from weight loss to making money and increasing self-esteem. For example, someone who is suffering from low self-esteem might practice looking into the mirror and saying, “I am a person who is worthy of love and affection.” By repeating a positive statement like this, it’s supposed to convince the individual that it’s actually true, thereby boosting their self-esteem.

Although positive affirmations may seem like a new concept because they’ve been popularized by self-help gurus and modern media, they are actually closely related to the mantras that have been used in ancient eastern religions like Buddhism.

There have been numerous studies that have confirmed the power of positive thinking, with optimism offering health benefits as well as greater job success and even increasing longevity. Pessimism, on the other hand, has been found to have the opposite effect.

Princeton University psychologist Edward E. Jones says that “Our expectancies not only affect how we see reality but also affect the reality itself.”

A brain researcher from South Africa with over 25 years of experience in her field, Dr. Caroline Leaf, writes in her book, “Thought Life,” that “87% to 95% of the illnesses that plague us today are a direct result of our thought life.

What we think about affects us physically and emotionally … an uncontrolled thought life creates the conditions for illness … toxic waste generated by toxic thoughts causes diabetes, cancer, asthma, skin problems and allergies to name just a few.” She says that by consciously controlling your thought life you can detox your brain and ultimately transform your life.

There have also been studies that have debunked positive affirmations, such as one study  published in the journal, “Psychological Science.” Canadian researchers found that those with low self-esteem actually felt worse after repeating positive affirmations and that phrases like, “I am a lovable person,” only helped those who already had high self-esteem.

So which studies are right? Apparently, positive affirmations can work for some people while failing for others. The difference may be that those with negative beliefs that are firmly rooted in our unconscious minds are actually overriding positive affirmations, even though they may not be aware of it.

Which means one person may have great success while others see no results at all. We’ve learned our bad habits, usually over many years, including whether to think highly or lowly of ourselves. It’s all stored in our subconscious.

Whichever study you may choose to believe, neurologists have found long ago that neural pathways in the brain develop as neurons learn to fire in a particular pattern. When we learn new things, groups of cells are activated together growing a stronger connection, which is what gives us our learned behavior, including automatic processes like walking, talking and thinking. This is also why it can be difficult to change those ingrained thoughts.

Positive affirmations may only be effective if they are truly believed, which means it can take time for them to work – and for your inner voice to believe what you’re saying is true. You can acknowledge that negative voice in the background that tries to drown out positive thoughts, but don’t give it power. Start small and don’t expect immediate results.

Affirmations may be more effective when used with other self-improvement techniques like visualization. For example, you might say out loud the change you wish to see in yourself such as “I am happy with who I am,” while visualizing yourself being happy at the same time.

Remember that when trying to accomplish an athletic feat such as running faster, it takes repetitive training exercises. You don’t do something once and suddenly find that you can run a 5-minute mile, for example. Positive affirmations are like exercises for the mind. Teach it to think better thoughts and you might just experience the change you hoped to accomplish.