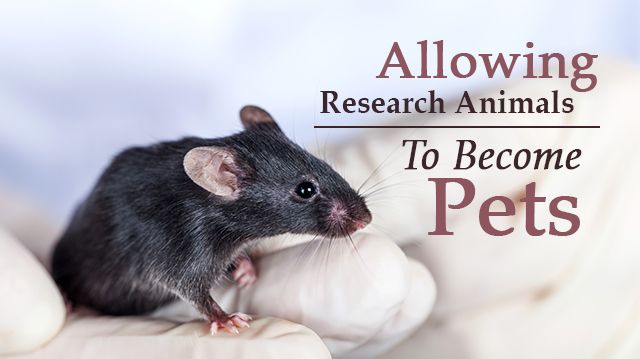 These days, Democratic and Republican politicians don’t agree on much, but in Illinois, a member of each party is sponsoring legislation that would help save laboratory cats and dogs.

The bill would require taxpayer-supported research facilities using dogs and cats to work with rehoming organizations rather than euthanizing the animals after the studies were completed. Laboratory personnel would identify animals suitable for adoption.

Signed into law 50 years ago, the AWA is the only federal law regulating animal treatment in “research, exhibition, transport, and by dealers.” While other state or local laws may mandate higher standards of care, the AWA constitutes minimal acceptable standards.

In 2014, a total of 834,453 animals covered under the AWA were used in laboratory research in the United States. That number represents a 6.4 percent drop from the previous year. The AWA does not include the following species: rats, mice, birds, and fish.

Of the animals used in research, 59,358 were dogs, or 7.1 percent. Cats totaled 21,083, or 2.5 percent. The overwhelming majority of research animals covered under the auspices of the AWA were:

When including species not falling under the AWA, the total number of animals used in research annually may range from 12 to 25 million. Those estimates bring the total percentage of dogs and cats used annually in research to less than one percent. These smaller animals do fall under the standards mandated by the National Research Council’s Guide for the Care and Use of Laboratory Animals.

Beagles are frequently used in research because of their good temperament and small size. They are easy to feed — anyone with beagle experience knows that — and adapt better than most breeds to living in cages. These dogs are generally specifically bred for research purposes. Researchers know the beagles’ bloodlines and genetic history, which is crucial when conducting many experiments. Beagles are used for pharmaceutical, cosmetic, medical and household products testing, according to the Beagle Freedom Project (BFP). When the dogs are no longer needed for research, some laboratories may attempt to find homes for healthy beagles.

The BFP warns that adopting or fostering a beagle that has spent his entire life in a lab setting is challenging. Most are not leash or house-trained, and are unfamiliar with common items such as stairs, toys, treats — even grass or the outdoors. They have never met children, cats, or dogs other than fellow research beagles. It takes time, love and commitment, but rehabilitation and life as a happy house pet is possible.

Cats and dogs of unknown genetic history are known as “random source animals” in scientific parlance. Many of these animals come from shelters or pounds, and were formerly someone’s pet. The number of random source animals used in research has declined substantially over the past few decades, but they are still used in many studies. Researchers cite their “tractability” and “trainability” for certain tasks — such as running on treadmills — which is not possible with purpose-bred dogs with little socialization. Large mixed-breed dogs are often used in heart studies, because their cardiac function is similar to humans and a larger dog’s heart more approximates human size. The very nature of these studies means that dogs that do not die during the testing will later be euthanized.

Geriatric random source animals are used for orthopedic and other studies involving age-related conditions. Researchers may seek out elderly cats and dogs diagnosed with cancer, dementia and other illnesses of the aged to conduct specific testing. Again, these animals are not adoptable and are euthanized after the study is completed.

Some major research companies are proactively working to rehome former lab animals as domestic pets. Bayer Pharmaceuticals is one such company, partnering with animal welfare organizations. In Bayer’s case, most of the dogs and cats were used in studies for veterinary products, primarily for treatment of parasitic infections. All animals are spayed or neutered and vaccinated before release to the organization handling adoption. There is now a waiting list for former Bayer research animals.

It’s likely that fewer dogs and cats will undergo experimentation in the future. Public perception has changed, and researchers are increasingly turning to non-animal models. Still, research on animals won’t end tomorrow. Bills like the one in Illinois will increase the odds of research animals someday having a loving home to call their own.