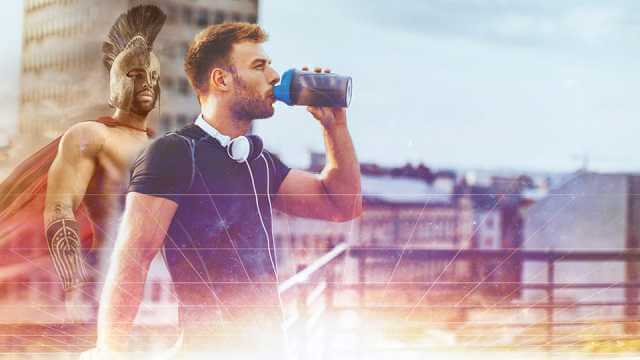 Have you ever looked into the eyes of a stranger and felt an instant connection? Have you ever wondered why you’re claustrophobic, or have a fear of heights? The answer could stem from a past life. In fact, it’s commonly believed that many of our personal characteristics, experiences and even skills are closely linked to another life lived on earth. But how do you know for sure that your soul has reincarnated from a past life? These six signs may prove you likely have.

Reincarnation is the belief that when you die, your soul moves into a new body. Some believe this is an absolute truth, others are skeptical. However, according to psychotherapist Dr. Brian L. Weiss, author “Many Lives Many Masters” and Chairman Emeritus of Psychiatry at the Mount Sinai Medical Center in Miami, everyone reincarnates.

“I think everybody reincarnates because we have many lessons to learn, lessons about love, compassion, charity, nonviolence, inner peace, patience, etc.,” suggests Dr. Weiss. “It would be hard to learn them all in only one life. Also, some people come back voluntarily to help others.”

Theories exist as to why reincarnation happens, but no one really knows for sure. That said, here are some of the signs that you may have reincarnated:

You’ve been there, done that

One of the most common signs of a past life is déjà vu, suggests Dr. Weiss. Déjà vu is the sensation that you have met a person before or have visited someplace previously. This feeling may be a sign of a past life experience with a particular person or in a specific place. Additionally, certain smells, tastes and sounds may seem extremely familiar, causing flashbacks to another place and time.

Have you ever experienced dreams so detailed and so vivid that they stay with you for years? Dreaming about certain places, people and times could be a glimpse of your past life locked deep within your memory. Often dreams are more than just fantasies; they may actually be a memory fragment from a past life. Recurring dreams, or dreams with common themes, may also indicate your soul has been reincarnated.

You can’t put your finger on it, but something about this person feels incredibly powerful and life-changing. When you meet someone that you’ve had a relationship with in a past life, you understand each other and feel a deep connection even when you’re apart. Meeting your soulmate in this life generally means you have unfinished business, a lesson to learn or an important mission to complete with them here on Earth. But a soul connection isn’t necessarily limited to one person. It’s common to travel through lives with a group of souls, called soul groups. This innermost circle of people in your life come together to help teach life lessons.

Since childhood, Margot has had a memory of dining in a restaurant called Coles in Los Angeles. She even remembers what she ordered, how it tasted and who she was dining with. The problem is, Margot lives in New York and has never been to Coles. In fact, she’s never been to Los Angeles. Yet, she describes the experience as if it happened yesterday.

Sound familiar? Are you harboring memories that somehow just don’t mesh with this life? For example, maybe you’ve visited another city or country, and seemingly know your way around. When I visited Paris, I experienced a deep sense of familiarity everywhere I went, and more clarity than I had ever experienced before traveling.

If you remember a moment in time, with vivid detail and no explanation as to how you could possibly have that memory, then it might very well be a memory from a past life.

You have sudden visions

Dr. Brian Weiss helps individuals explore past lives through regression therapy. From first-hand experience, I can tell you, it’s a fascinating process that helps you discover reincarnation. During the deep meditative process, you may have sudden visions. But don’t dismiss these as fantasies — they could offer you clues into a past life. Your visions might include being in an unfamiliar place and in an unfamiliar body.

You don’t necessarily need regression therapy to have a vision. Perhaps you’ve had a vision of another time or place in a conscious state. This quick glimpse could very well be an indication that you’ve reincarnated from a past life.

You feel other people’s emotions

An empath feels and absorbs other people’s emotions and physical symptoms because of their high sensitivities. This can make crowded areas feel oppressive and confusing, as an empath often has difficulty distinguishing between their own emotions and the emotions of others.

If you’re extremely attuned to human and even animal emotions, and you have the ability to form soulful connections with all living beings, then you may just be an empath. And being an empath may be a sign that your soul has reincarnated over and over again, becoming more and more sensitive with each past life.

Have we all reincarnated?

Although reincarnation is generally a religious concept, there are also some credible experts out there who believe it is a genuine phenomenon experienced by all living beings. Until his death in 2007, Dr. Ian Stevenson, former professor of psychiatry at the University of Virginia School of Medicine, dedicated most of his career to finding evidence of reincarnation. Dr. Stevenson claimed to have found over 3,000 examples of reincarnation, which he shared with the scientific community. So, even if you’ve never had any of the above experiences, don’t worry, it’s possible that you’ve reincarnated already without even knowing it!