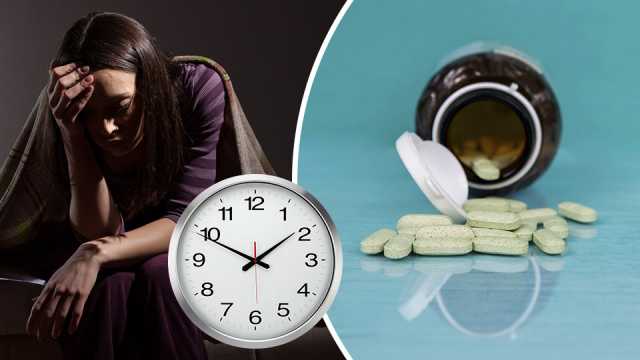 It’s official: we’re a nation seriously lacking in sleep. We work long hours, struggle to stay on top of family commitments and social interactions, and seem determined to squeeze in as many TV hours as possible. The result is that more than a third of Americans aren’t getting enough sleep each night, and those that are getting enough can’t seem to achieve the quality of sleep they need for optimum health.

And with a growing sense of unease around the use of prescription meds, people are understandably hesitant to pop a couple of sleeping pills to meet their nightly quota. And filling the void previously held by sleeping pills is a new big player in the sleep medication realm: melatonin.

Melatonin is a critical element of our circadian rhythm, naturally produced by our bodies as the day wears on and the sun starts to go down. With decreasing light intensity, melatonin production in your body increases, setting the scene for yawns, eye-rubbing and (hopefully) a sound night’s sleep.

Our circadian rhythm and melatonin

But many of us are deficient in this essential sleep hormone. Under optimum conditions, melatonin circulation will typically begin to increase around 8 p.m. and continue cranking out until around 3 a.m., after which point it starts declining to ensure you don’t have a hard time waking up in the morning.

The problem is that modern developments like electricity and backlit screens have thrown off our circadian rhythm. Back in the day, the setting sun would have meant darkness. Aside from burning a few candles or sitting around a merrily crackling fire, there’d be nothing to block that all-important melatonin production at the end of the day. Today, however, after the sun sets we can now switch on lights, turn on the TV and bath our faces in the artificial glow of our computers and smartphones. This is all very confusing for your body, which thinks that it’s still daytime and not time to start circulating sleep-inducing melatonin.

There’s another big reason why your melatonin production might be lacking: stress. And lots of it. Most of us are under constant, chronic stress from work anxiety, family troubles, over or under-exercising, toxin overload or emotional turmoil. All of these things conspire to block the hormonal pathways that initiate hormone production. With a body under constant stress, adrenaline and cortisol continue to pump through your veins, signaling to your body that you’re under threat and to hold off on circulating melatonin. Unsurprisingly, more stress means less sleep.

The truth about melatonin supplements

If you’re suffering from a lack of sleep, the obvious solution is to give melatonin supplements a go. Because they don’t directly knock you out like sleeping pills, they might seem like the safer choice; our bodies produce melatonin naturally, after all. What’s wrong with giving it a little push in the right direction to ensure a good night’s sleep?

The important thing to remember about melatonin is that it’s a body clock regulator — it helps to maintain the circadian rhythm governed by fluctuations in light and darkness throughout the day. What it doesn’t do is make you fall asleep or help you sleep better throughout the night.

In fact, there’s very little research to support claims that melatonin supplements help with insomnia or trouble falling asleep. What studies have confirmed that melatonin benefits sleep and insomnia have shown that this effect is relatively minor and that other sleep treatments are far more effective.

Personally, I stay well away from any supplements that directly impact my hormonal cycles. There’s just so much we don’t know about whether these external influences can throw off our natural hormonal pathways, and the repercussions of hormone therapy can be wide-ranging and difficult to measure.

Many people assume that, because they’re sleeping poorly, they’re deficient in melatonin. The obvious solution is to pop a couple of melatonin pills as per the instructions on the label. But everyone is different and those two pills may be far too much melatonin for your needs. With this sudden melatonin overload comes all kinds of problems, not to mention the risk of switching off natural melatonin regulators in your body over time. This means you’ll be dependent on melatonin production for the rest of your life, which I think we can agree is most definitely not a good thing.

Because melatonin is a supplement, it’s not regulated by the FDA. This means that, despite the fact its hormone therapy, you never really know what you’re getting. There’s even certain research that suggests some melatonin supplements don’t even contain what the label says they contain. That’s a dangerous risk to be taking!

Melatonin supplements still have side effects

While melatonin might be relatively safe to use, it still has its fair share of side effects. One study showed that melatonin supplementation over the course of three months caused increased sleepiness during the day, vomiting, mild hypertension and constipation. Other documented side effects include headaches, nausea, hormonal fluctuations and even vivid nightmares.

What’s more, many doctors suspect that the amount of melatonin in many supplements is far too high. The body typically operates on around half a milligram of melatonin at any given time, while many melatonin supplements range from three to ten milligrams. What effect is this having on your body? It’s hard to say, but I very much doubt that it’s doing anything good.

I’ve struggled with sleep for many years, and it’s not until recently that I’ve discovered that the key to a good night’s sleep isn’t contained in a pill… it’s in altering my habits to ensure my body is primed for sleep.

As discussed earlier, light exposure is perhaps the single biggest thing you should examine. By switching off electronic devices after 8 p.m., turning off the TV and switching off as many lights as possible in the evening, my body is able to produce plenty of melatonin naturally. In recent years, I’ve invested in amber glasses, which filter the melatonin-blocking blue light emitted from artificial devices. At 8 p.m., on go my geeky amber glasses and they don’t come off until I turn out the light.

In addition, I’ve also found that maximizing my exposure to light during the day is a huge factor in a good night’s sleep. More light during the day (preferably from the sun!) and less at night means my circadian rhythm has become firmly established, making it far easier to get to sleep and stay asleep at night.

As always, seeking out the cause of your sleep problem, rather than looking to treat the symptoms by artificial treatments like melatonin supplements, is always the healthiest long term solution. Is your room too hot at night, or too noisy? Do you need to meditate before bed to calm your mind? The solutions are often more simple than you think, and far better in the long run.