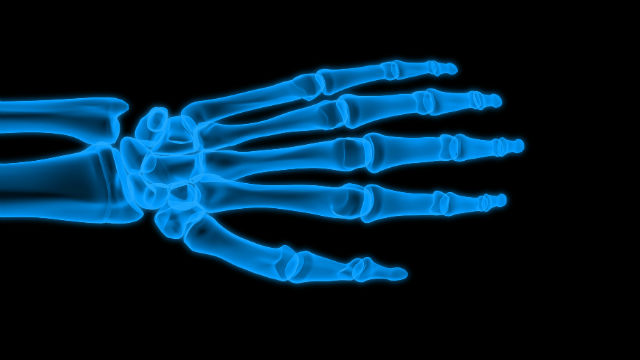 A new study published by the International Osteoporosis Foundation this month, has revealed some rather startling statistics.

They say one-third of all hip fractures that occur around the globe are in men, with mortality rates as much as 37 percent during the first year following a fracture, which makes men twice as likely as women to die after a hip fracture.

The research found that the reason men tend to have more bone health problems is that their condition frequently goes undiagnosed and untreated. The experts warn that these men are left especially vulnerable to early death and disability.

The report, entitled “Osteoporosis in men: why change needs to happen” was released ahead of World Osteoporosis Day on October 20, bringing attention to the fact that men’s ability to live independent and free of pain into old age is being seriously compromised. If nothing is done, the researchers say, millions of men are likely to become dependent on long-term care, testing health and social care systems to the limit.

John A. Kanis, President of the IOF, said in a statement, “It is estimated that the lifetime risk of experiencing an osteoporotic fracture in men over the age of 50 years is up 27 percent, higher than that of developing prostate cancer. Yet an inadequate amount of healthcare resources are being invested in bone, muscle and joint diseases.

We have proven cost-effective solutions available, such as Fracture Liaison Services that can help identify those at risk and avoid a continuous cascade of broken bones. People should not have to live with the pain and suffering caused by osteoporosis as we can help prevent and control the disease.”

What may be even more alarming is that osteoporosis is something that is frequently thought of as a woman’s disease, despite the fact that it affects as many as 20 percent of men who are older than 50.

The disease affects the bones, causing them to become fragile, weak and more likely to fracture or break. All types of fractures lead to higher death rates in men when compared to women, but research has found that men are 50 percent less likely to receive treatment than women – and, it’s not being recognized as a threat, therefore it’s affecting an increasing number of victims.

Lead author of the report, Professor Peter Ebeling (IOF board member and Head, Department of Medicine, Monash University, Victoria, Australia) said in a press statement: “In the EU, projections suggest that by 2025 the total number of fractures in men will increase by 34 percent, to almost 1.6 million cases per year.

In the USA the number of hip fractures among men is expected to increase by 51.8 percent from the year 2010 to 2030, and in contrast the number among women is expected to decrease 3.5 percent. A battle is set to rage between the quantity and quality of life. We must act now to ensure men not only live longer but also have a future free of the pain and suffering caused by osteoporotic fractures.”

Addressing this issue before it’s too late is essential. To support good bone health, exercise like walking or jogging is a must for preserving bone mass. Exercising outdoors in the sun helps because sunlight is the body’s primary source of vitamin D.

A healthy diet that includes lots of organic fruits and vegetables while limiting or avoiding processed foods and beverages like soda as well as not smoking is important too. Smokers have a 55 percent higher risk of hip fracture as compared to nonsmokers.