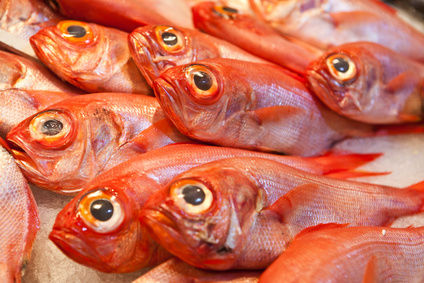 The worsening problem of ocean acidification has been found to have previously unknown consequences for fish. A new study has associated exposure to acidic waters to anxiety in young rockfish.

Ocean acidification occurs when carbon dioxide in the atmosphere is absorbed into the ocean, causing a drop in pH. Our oceans absorb an estimated one quarter of our greenhouse gas emissions. This can lead to several serious issues, including the disruption of shell and bone growth in certain marine animals. The loss of these animals would affect the entire food chain.

In this new study testing the effects of ocean acidification on rockfish, researchers from Scripps Institution of Oceanography at UC San Diego, along with researchers from MacEwan University in Edmonton, Canada, used a camera-based tracking software system to track two groups of juvenile rockfish. One group was kept in normal seawater, and the other was kept in water with acidity levels elevated to those projected for the end of the century.

After one week, the researchers then analyzed the tendency of each group to swim in light or dark areas of a tank, one established test used to measure anxiety levels in fish. They found that the fish who had been been kept in acidic water preferred the dark areas of the tank, while the fish kept in normal seawater swam freely between the light and dark. This indicated to the researchers that the acidity-exposed fish were more anxious, and their anxiety did not diminish until 12 days in normal seawater went by.

Martin Tresguerres, co-author of the study and Scripps marine biologist, said, “these results are novel and thought-provoking, because they reveal a potential negative effect of ocean acidification on fish behavior that can possibly affect normal population dynamics and maybe even affect fisheries.”

The researchers say that the behavior of the rockfish in response to ocean acidity could be explained by changes in the ion concentration in the fish’s blood, which can reverse the flux of ions through GABAA (neural gamma-aminobutyric acid type A) receptors. These receptors are involved in human anxiety levels, as well.

Tresguerres said, “if the behavior that we observed in the lab applies to the wild during ocean acidification conditions, it could mean that juvenile rockfish may spend more time in the shaded areas instead of exploring around. This would have negative implications due to reduced time foraging for food, or alterations in dispersal behavior, among others.”

Rockfish are an important commercial species in California, and significant changes in their behavior could have a strong impact on this industry. On top of that, they are an important part of the entire food chain, and although further studies are needed to see how far this effect goes, it is reasonable to hypothesize that many other species may experience behavioral changes.

For this reason, and innumerable others, we as a planet need to seriously address our greenhouse gas emissions, before the future of our oceans grows even more uncertain.