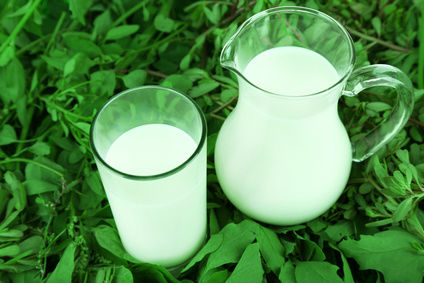 A new study performed by researchers at Washington State University supports what organic food advocates have been saying for years: organic milk offers more health benefits than its conventional counterpart.

This ratio translates to about 62 percent more omega-3 fatty acids in the organic milk. It is established that the lower the ratio of omega-6 to omega-3, the better for our bodies.

The study’s author, Washington State University research associate Donald R. Davis, explains that too many omega-6 fatty acids in one’s diet is linked to an increased risk of inflammation, heart disease, cancer and autoimmune disease. Much of the omega-6 fatty acids consumed in America come from vegetable oils found in processed foods.

Omega-3s, on the other hand, are vital for optimal health, and should ideally be higher in our bodies than omega-6s. These fatty acids are associated with heart health, brain health and reduced inflammation. They have also been linked to reduced risk of heart disease and type 2 diabetes.

As to the reason why organic milk contains more omega-3s, Davis points to the fact that organically-raised cows graze on pastures, and the greens they eat provide them with omega-3s. The corn and soy that most conventionally-raised cows eat has the opposite effect.

The Washington State University study was performed using whole milk, and researchers caution that ratios may not be the same in lower-fat varieties. Davis states that as the fats found in whole milk are healthy fats, a growing body of research indicates that drinking full-fat milk may be better for our health than low-fat or skim.

He explains, “The evidence [that low-fat is better] is pretty weak, and there’s quite a bit of evidence that full-fat milk has beneficial properties too. Though the dietary guidelines for the US for many years have recommended reduced fat, I think that will probably change someday.”

So, while organic milk (unless you get it straight from the organic farm) may be somewhat more expensive, the reward in essential omega-3 fatty acids is well worth the cost.