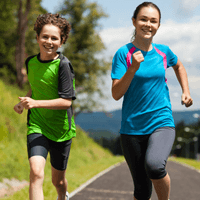 Parents of children with attention deficit hyperactivity disorder (ADHD) often have concerns about placing their children on medications to treat the condition. In a recent study published in the Journal of Pediatrics, researchers found that physical activity helped children with ADHD improve concentration and study skills in school.

Researchers at Michigan State University examined children with ADHD who were allowed 20 minutes of exercise and compared them to children with the condition who were only allowed to sit quietly and read. The researchers compared math performance and reading comprehension. Additionally, they had the children play a short video game in which they were instructed to ignore visual distractions.

The children who had been physically active performed better afterward than children who were inactive. During the computer game, the children who exercised demonstrated the ability to slow down and make corrections, which is extremely challenging for individuals with ADHD.

In a time when schools are eliminating or substantially reducing recess periods and physical education, children with ADHD suffer. Physical activity allows them to improve their ability to concentrate and focus during classroom activities.

Although healthcare professionals repeatedly point to lack of physical exercise as a leading cause of childhood obesity, schools continue to cut programs that support healthy exercise for children during the school day. Children with ADHD have particular challenges while in the classroom because they have difficulty focusing their attention for extended periods of time. As children age, they are required to be quiet and concentrate for longer periods of time.

Children with ADHD also have difficulty maintaining healthy social interactions, including developing friendships. Both teachers and peers often have negative responses to a child’s inability to appropriately behave, including waiting their turn and managing impulse control. For children with moderate to severe ADHD, poor social skills can also lead to problems with depression and anxiety.

Parents who are concerned about the performance of their child in school should talk to the school administration about how to include more healthy options to help their child, including physical activity. All children benefit from physical activity, regardless of whether they have ADHD or not.

Does your child have ADHD or another challenge that affects them in school? How do you help them?