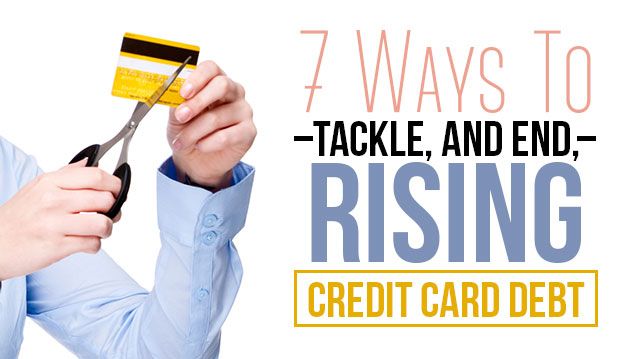 Spring is the season of tax refunds. When combined with the continued drop in gas prices, consumers have more and more money in their pockets. Normally people would use this money to buy a new TV or maybe save up for a vacation, but according to surveys cited by Walmart CEO Doug McMillon, this year consumers are saving that money and instead paying down their debts.

That’s a smart idea. In the coming months, consumer debt will become more expensive. For several years the benchmark interest rate has hovered near zero as central bankers tried to spark a sluggish economy. But in the last few months, rates have begun to rise. They are likely to continue their climb for the foreseeable future.

That means all other interest rates — in credit card debt, home and car loans and, yes, interest paid on savings accounts — also will rise. Borrowing will get more expensive.

Debt in general, and credit cards in particular, are tricky instruments. Credit card debt increased 1,500 percent between 1980 and 2010. Moreover, most Americans have a dramatically skewed perception of their own debt load. The average American underestimates their credit card debt by 40 percent and their student loan debt by 25 percent. According to a study reported in The New York Times, “people were willing to pay up to twice as much for the same item when paying with a credit card instead of cash.”

With that in mind, it’s important to make a plan to address personal debt issues in this friendlier climate before debt becomes more and more expensive. Here are seven ways to pay down your debt.

The most important part of paying down your debt is to make a payment plan and then stick to it. Making minimum payments on a credit card can be incredibly costly. To start, use a credit card payoff calculator and find out how much it will cost to pay off your card in three years. Try paying that amount going forward.

Interest rates can be a killer when you’re paying off debt. The best way to ease the burden is to pay off the loans with the highest interest rate first. These may not be the easiest loans, or even the most burdensome, but over time they will be the most costly. Knock them out, and then move on to the next highest interest rate.

Look for ways to free up extra cash

Saving money isn’t sexy, but it’s a great look in the long run. An important factor in paying off debt is finding little places where you can save. Maybe that means driving a little bit less and walking a little bit more. Maybe it means going out to eat less often, or getting your books from the library instead of Amazon. All those savings add up over time, and they save you boatloads in interest.

Consolidate debt with a personal loan

This can be a bit riskier, but if you’re in a stable financial situation, a good way to save yourself money on high interest credit card debt may be to consolidate that debt with a lower interest personal loan. With a personal loan, you’ll be able to pay off your credit cards avoiding high interest rates and you’ll only have to make one payment a month instead of several.

Talk to a credit counselor 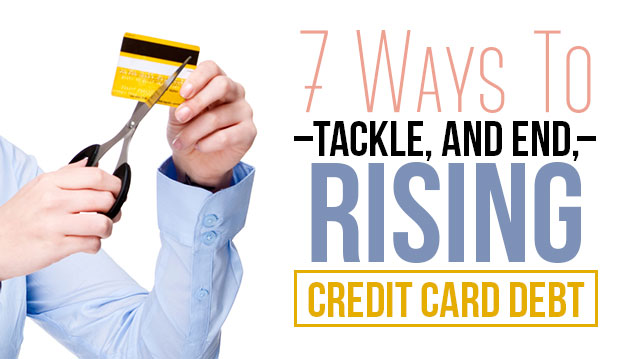 You aren’t alone in your quest to pay off your debt, and the best help may come from a professional. If you don’t feel comfortable making your own plan, or if you need advice on possible ways to consolidate your debt into easier payments, a credit counselor can be a great resource.

Don’t do it. Ever. Missing payments are recorded on your credit score, which  means later when you need credit again, it’ll be more difficult to obtain and will cost you more in interest. Also, in the event that you need to negotiate a settlement with your creditors, you want them to see that you’ve made a good-faith effort to pay off your debts so that they’re more likely to work with you.

Finally, the best way to avoid damaging credit card debt may be to stop using credit cards completely. Almost all day-to-day transactions can be conducted with cash, even if it can be a hassle to keep cash on hand at all times. If you need a credit card for a hotel reservation or car rental, a debit card tied directly to your bank account can provide the same services without high interest rates or the looming fear of reckless spending.

Ultimately, the key to avoiding debt is personal discipline, controlled spending and an eye on long-term financial health. With this kind of personal finance strategy next year you can use that tax refund for a trip to the Bahamas instead of paying down your credit card balance.

Benjamin Howard is a writer and political junkie from Nashville, Tennessee. When he’s not working, he spends his time taking in the best bands the Music City has to offer and trying to read through every Pulitzer Prize winner. He’s passionate about foreign policy, basketball, good journalism, and bad sitcoms.