If you’ve ever spent even half an hour watching television, you’ve likely seen numerous commercials for new prescription drugs, listing countless side effects that sound worse than the problem the drug is targeted to treat.

Prescription drugs, usually designated to solve one problem, can often cause more health issues than they correct.

A new study performed at the University of Southhampton in the United Kingdom has linked the use of antidepressants with a higher risk of type 2 diabetes. While researchers caution that this study simply shows correlation, and does not prove that the antidepressants cause the diabetes, the correlation exists nonetheless.

Dr. Katherine Barnard, a health psychologist at the University of Southampton, says, “there is something about antidepressants that appears to be an independent risk factor. With 46 million prescriptions a year (in the U.K.), this potential increased risk is worrying. Heightened alertness to the possibility of diabetes in people taking antidepressants is necessary until further research is conducted.”

According to a 2011 study performed by the Centers for Disease Control (CDC), about 11 percent of Americans take prescription antidepressants. Statistics from the 2011 National Diabetes Fact Sheet indicate that 8.3 percent of Americans have either type 1 or type 2 diabetes.

University of Southampton researchers speculated that one possible reason for the correlation between antidepressant use and diabetes is that some antidepressants may cause notable weight gain, which could be a contributing factor. 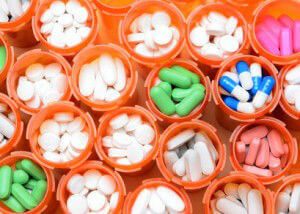 However, when they analyzed their results and omitted risk factors including obesity, exercise and other lifestyle habits from their data, there was still an increased appearance of type 2 diabetes with antidepressant use.

While more studies are needed to determine exactly why this is the case, one thing is clear: using antidepressants – and other prescription drugs, for that matter – may carry more side effects and other risks than are listed on the information packet.

While some prescriptions are necessary for certain individuals, it is often worth taking a good look at natural solutions before simply accepting a prescription for what ails you.