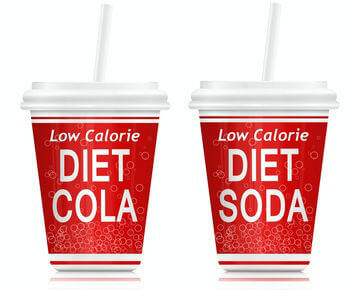 Many people believe that by consuming beverages and foods that are labeled zero-calorie, it’s okay to indulge without a thought.

Still others are under the impression that there are certain negative calorie foods that will burn more calories than what is ingested. Here is a look at the reality when it comes to zero and negative-calorie products.

If you still haven’t heard that slurping down those calorie-free drinks can cause weight gain, or you continue to dismiss the numerous studies that have shown this to be true, consider the fact that the use of no or low-calorie artificial sweeteners in foods and beverages has doubled over the past two decades, along with the obesity rate.

One of the most recent studies, conducted by scientists at Purdue University, found that lab models consumed more calories when ingesting products with artificial sweeteners as compared with natural sweeteners.

Their research compared the weight gain and eating habits in rats whose diets were supplemented with sweetened food containing either sugar or no-calorie saccharin. There have been a number of studies that have linked weight gain in humans to diet soft drinks, as well.

A lead researcher in the Purdue study, Susan Swithers, explained why people who regularly consume these diet beverages are at a higher risk for weight gain and obesity as compared to those who don’t.

She says that it’s because that sweet taste prompts the digestive system to get ready to process foods that contain calories, but when those calories don’t arrive, over time, the body begins to learn not to turn up the metabolic furnace. A slower metabolism means it’s harder to burn calories and lose weight.

Artificial sweeteners can also trick people into thinking they can eat more calories because they’re consuming a diet drink. There are a number of reasons behind the results, both psychological and physiological.

Negative-calorie foods are reportedly those that take more calories to consume than what is actually contained in the content of that food. Celery, for example, is often said to be a negative-calorie food, as it has a low-calorie count as well as being high in fiber and water.

While it may seem that the effort to chew that celery stalk burns quite a bit of calories, it’s just not true. It burns some, but only a minimal amount – and not enough to burn more than what you’re taking in.

Dr. Tim Garvey, chair of the department of nutrition sciences at the University of Alabama, Birmingham, says that while there are only about 10 calories in a large celery stick, it takes just one-fifth of that to chew and digest. 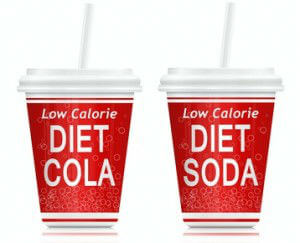 Garvey does note that while celery sticks and other high-fiber fruits and vegetables can help with weight loss as they help you feel full, they don’t burn more calories than you’ve consumed. There is no food that can accomplish this.

The bottom line is that the only way to achieve optimal health is the same formula we’ve discussed time and time again. Avoid processed foods, sugary foods, fast foods and any that contain chemicals, pesticides or a long list of difficult-to-pronounce ingredients.

Fill your diet with plenty of fresh, organic fruits and vegetables – foods that come naturally from the earth, exercise daily, get plenty of rest, and remember to enjoy the little things in life.