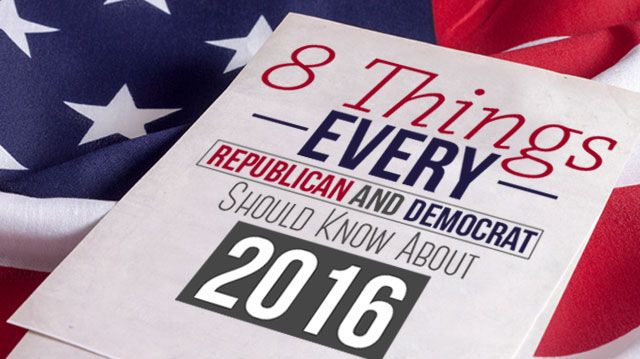 As the 2016 elections roll into action, there seem to be two standard reactions: obsessive tracking and deliberate ignoring. With such a complicated set of rules and regulations governing both the primaries and general election, it is no wonder regular people aren’t interested in wading through the muck. Here are eight relevant — and surprising — electoral facts that will catch you up in 2016.

We’re not a direct democracy

Most people have heard this one before, but it still bears reminding as a crucial element of our political system. If the United States were a direct democracy, every individual person would vote and the cumulative outcome of these votes would determine the presidency. This is not what happens. Instead, each state is granted a certain number of electors equal to their allotted number of Senators and Representatives. They choose these electors through a separate state-based electoral process — the primaries. Usually this isn’t a big deal because the election results would have been the same under a system of direct democracy.

The most interesting year, however, was 1824. Neither candidate — the frontrunners were John Quincy Adam and Andrew Jackson — won a majority of the electoral votes. In this case, the House of Representatives chooses the president from amongst the top candidates. The House selected John Quincy Adams, even though Andrew Jackson had the most electoral votes and had won the popular vote.

The parties run their primaries and causes in very different ways. For instance, Democratic “superdelegates” exist. These unelected party leaders make up nearly 15 percent of the delegates that choose the democratic presidential candidate. There isn’t even a pretense of direct democracy to this phenomenon. Superdelegates can vote for whomever they choose.

Though they have never decided an election, overwhelming support among the superdelegates for Hillary Clinton this election cycle has Sanders fans concerned. Republicans do not have superdelegates. On the other hand, GOP traditionalists are getting very concerned about the ascendancy of Donald Trump, an issue having superdelegates likely would have addressed.

Winner-takes-all vs. proportional representation in primaries

Much akin to how states can decide the method of allocating electors to the general election, parties can decide how to allocate delegates. Party representatives decide which candidates will run under the banner of their party through presidential primaries. The Democratic Party always uses proportional representation when allocating delegates, meaning candidates divide up delegates according to votes won. In contrast, the Republican Party leaves the decision of how to allocate delegates to each individual state given some basic guidelines. This can get insanely complicated and means some are proportional and some are winner-takes-all.

Our Electoral College itself is a reminder that states matter. The inclusion of Senate seats in determining electors, instead of relying only on population, is a nod to states’ rights. States also differ in how they allocate their electors across various candidates. The vast majority of states use the winner-takes-all method. Nevada and Maine, however, use proportional representation.

Until primary elections were introduced in the 1900s as a way of allowing citizens more direct say over their representatives, caucuses were the name of the game. Each state party held a convention where the merits of various candidates and delegates were debated upon and ultimately chosen. Thirteen states and three territories still use caucuses. Compared to primary elections, this is done quite informally. The nuts and bolts of caucus operations can be a little strange. In Iowa, democrats literally stand in various parts of the room in order to vote for their chosen candidate. Coin tosses, card-draws and drawing names out of a hat are popular options for tiebreaks across the country.

States also decide whether to hold closed or open primaries. Open primaries allow for citizens, regardless of party affiliation, to vote for whichever candidates they want. Democrats can vote in the Republican primary and vice versa. In a closed primary, voters must be card-carrying members of a registered party in order to participate. Some states allow for a hybrid of the two. In Wyoming, for example, a voter can change party affiliation on the day of the primary.

It is a bit surprising that the Iowa caucus is such a big deal. It’s a relatively small, largely agricultural state with an unusually homogenous population. In large part, Iowa matters mostly because it goes first. This has given rise to a “frontloading” trend whereby states try to schedule their primaries earlier in the year in a bid for election power. Rule changes since 2012 have lessened this state sprint to the front.

The calendar has real implications for candidates. Frontloaded primaries tend to favor those candidates with name recognition and large campaigns. Candidates who do moderately well in the beginning of the primary process are less likely to drop out, which can change election results in states further down the election line. This caused a real problem in Colorado last election cycle when the state’s chosen Republican candidate — Rick Santorum — dropped out of the race. As a result, the state has chosen not to formally participate in the 2016 Republican primaries.

Voting districts can be rigged, legally 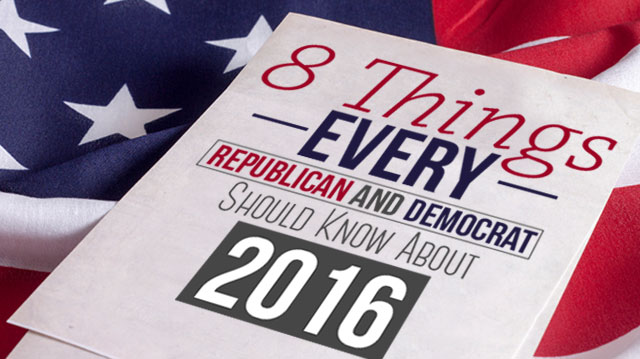 Gerrymandering is the widespread practice of manipulating voting regions in order to impact the outcomes of elections. It is legal and always happening. “Cracking and packing” are the preferred techniques — either “cracking” a voter block so that voters are split between two districts or “packing” like-minded voters together to ensure a win.

Voting boundaries matter in the general election, too. Though Washington, D.C. was originally meant to be an area reserved for public buildings, it has burgeoned into a population of regular citizens. Regular citizens who, for a long time, had no say in our presidential elections. This changed in 1961 when D.C. was allotted electors as though it were a state, but never to exceed any state. It has been given three electoral votes each election since 1964.

There are more candidates than you think

Tired of establishment frontrunners like Clinton and Rubio? Sanders and Trump not fitting in with your particular breed of radicalism? Worry not. There are significantly more candidates running for president than receive substantial media attention.

In fact, as of March 1, there were no less than 1,591 candidates who had filed paperwork to run for the highest office in the land, according to Ballotpedia.

Among the most colorful is a man named Vermin Supreme, who wears a stylish boot as a hat and promises free ponies and time-travel research. We wish we were kidding.

What do you make of our rambunctious pre-election process?