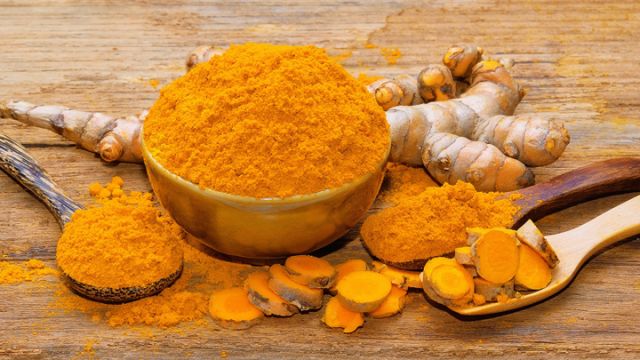 Turmeric, known for its pivotal role in Indian curries and a range of other Asian culinary delights, can be considered the most potent spice on earth for reversing inflammation and warding off disease. For this reason, this orange herb is one of the most well-researched natural medicines on the planet, with new health benefits being discovered all the time.

Curcumin, the compound that gives turmeric its quintessential orange hue and most of its healing powers, has been found to act as a viable — and sometimes more effective — replacement to common over-the-counter medicines and prescription drugs, meaning that trip down to your favorite Indian restaurant isn’t just a treat for your tastebuds.

Here are five ways that turmeric can amp up your health and keep you at your best.

While short-term inflammation in the body is a necessary component of a healthy functioning system, helping to fight off pathogenic invasion and repairing tissue and muscle damage, chronic inflammation is widely attributed with almost every disease known to the Western world. This includes heart disease, cancer and a whole host of neurological disorders.

For this reason, keeping chronic (long-term) inflammation to a minimum should definitely be one of your top priorities. And to help you realize that priority, we have just the thing — curcumin! The high concentrations of curcumin contained in turmeric act to target multiple steps in the inflammatory pathway, blocking inflammatory markers at the molecular level and thereby significantly lowering long-term inflammation in your body.

The result is that you’re less likely to develop a serious illness or disease, which is always nice.

2. It boosts your brain

Common brain disorders, including depression and Alzheimer’s disease, have been linked to diminished levels of an important neurologic growth hormone called brain-derived neurotrophic factor (BDNF). Several studies have shown that curcumin, the active medicinal compound in turmeric, can increase levels of BDNF in the human brain and therefore delay or even reverse a range of common neurological disorders.

In addition, scientists are beginning to suspect that the neurologic powers of curcumin don’t just stop there, with research suggesting that this compound may improve memory and increase cognitive capacity — in effect, making you a brainiac. Nerdy is the new cool, so start heaping on the turmeric, people!

Once again, our friend curcumin comes to the rescue, this time to fight off the most prevalent disease-based killer in the world. It does this by helping the body’s endothelium (the lining on every one of your blood vessels) to function at its optimum level, similar to the effect found during intense exercise.

Studies have shown that endothelial dysfunction is a common cause of heart disease, occurring when the endothelium is no longer able to regulate blood pressure, clotting and a number of other factors. Therefore, by improving endothelial function, curcumin lowers your risk of heart disease.

In addition to helping out the endothelium, curcumin also reduces inflammation and oxidative damage, two factors that are also common contributors to heart disease.

Moving from one terrible affliction to the next, turmeric also proves its worth in the field of cancer. While cancer can be found in many forms, there are certain properties that link all cancers, and these evil properties appear to be susceptible to the healing powers of curcumin.

Over the years, cancer research has examined the role curcumin plays in treating this disease. These studies have found that curcumin can significantly inhibit the growth, development and movement of cancer throughout the body. One of the mechanisms by which it does this is reducing the growth of new blood vessels in tumors (otherwise known as angiogenesis) and can also directly contribute to the death of cancerous cells.

While these linkages between cancer and curcumin still need to be positively verified, the growing body of research suggests that consumption of high doses of curcumin (such as in supplemental form) can significantly lower your risk of cancer.

5. It relieves the symptoms of arthritis

Due to our penchant for inflammatory foods (hydrogenated oils, sugars and artificial additives, for example) and very little daily movement, arthritis is a common issue in America and most Western countries.

The curcumin found in turmeric is an effective treatment for the ravages of arthritis, helping to lower the joint inflammation that makes movement so painful for arthritis sufferers, and simultaneously improving nutrient absorption and antioxidant activity in the body. The result is that curcumin supplementation, or just a bucketload of turmeric on your food every day, can significantly reduce pain associated with arthritis.

That’s good news for all you curry enthusiasts out there.

Want to learn more about the magic of turmeric? Here are 94 more reasons why it’s the king of spices.