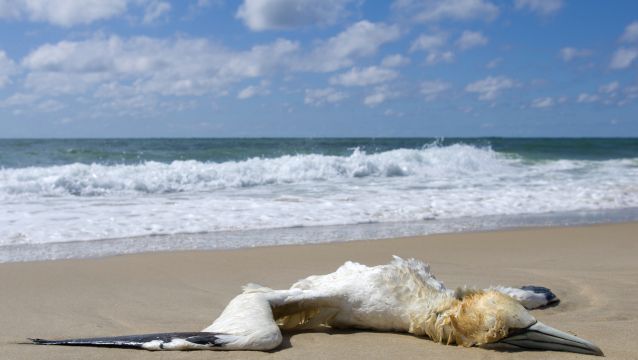 Since last year, thousands of starving sea lion pups and dead seabirds have washed up on California shores. Scientists are pointing the finger of blame at a 500-mile-wide, 300-foot-deep wedge of warm seawater they are calling “the blob.”

Some researchers are worried it may signal the start of an “epic cyclical change” in the waters of the Pacific Ocean that may bring soaking winter rains to Southern California. They hypothesize it may also bring about a rise in temperatures globally.

“The blob”
The blob has become the subject of great debate among scientists who cannot seem to agree on what it signifies for the future. They seem unclear about its connection to the Pacific Decadal Oscillation (PDO), which involves unclear wind patterns, variations in temperature, and ocean currents.

Scientists claim that the waters of the Pacific Ocean can flip to phases of being either cold or warm for decade-long periods at a time, and can switch from one extreme to the other very suddenly. Not surprisingly, these long lasting extremes have major impacts on the global climate and aquatic life.

Researchers believe a cold phase began in the Pacific Ocean in the late 1990s and prompted a slowdown in the rise of global temperatures. Now they are expecting a flip to a warm phase that will bring on a rise in global temperatures and wet weather for the American South and Southern California in particular.

“I think we may be shifting from a cool, dry phase to a warm, wet phase, which is usually the drought-buster,” stated climatologist, William Patzert, with NASA’s Jet Propulsion Laboratory in La Canada Flintridge. “I wouldn’t cash in my 401(k) and bet it all just yet, but we’ll know soon.”

Warm PDO and El Niño
A warm phase PDO would encourage the El Niño phenomenon, just as cool phase PDO inhibits them. El Niños take place when the patterns of tropical winds enable sun-baked seawater to push along the shoreline of the Pacific Ocean. This super warmed water can trigger flooding and strong tropical storms. It can also affect tropical and polar jet streams that can send storms across the American South.

A usual sign of a warm PDO is the formation of a mass of warm seawater along the California coast of the Pacific Ocean, very much like the blob.

“We’ve definitely entered a warm phase,” stated Nicholas Bond, a climatologist for the state of Washington and the man who coined the nickname “the blob.” “The question now is, how long is it going to last?” 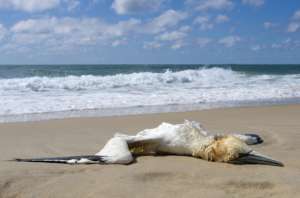 While the temperature shift of a PDO can last decades at a time, it could also end up lasting only a short time, like a handful of years. Scientists are unclear why this is and can’t explain it.

“We still have a lot to learn about the PDO,” said Bond. “We don’t fully understand its character, nor the physics behind it.”

“There’s no doubt that this anomaly in sea surface temperature is very meaningful,” said Dan Cayan, a climate researcher at Scripps Institution of Oceanography at the University of California, San Diego. “But it’s hard for me to say that we’re going to see a repeat performance of the ’77-’78 experience in California, where the dry spell was broken. The thing that history tells us is that every situation is somewhat different.”

A substantial El Niño event predicted
Now, Australia’s Bureau of Meteorology has released information that it predicts a “substantial” El Niño event to take place later this year. They have a model that predicts the El Niño could increase in strength after September, but they acknowledge it’s too early to know the full scope of how it will be.

“You know, there’s always a little bit of doubt when it comes to intensity forecasts, but across the models as a whole we’d suggest that this will be quite a substantial El Niño event,” said David Jones, manager of climate monitoring and prediction at the Bureau of Meteorology.