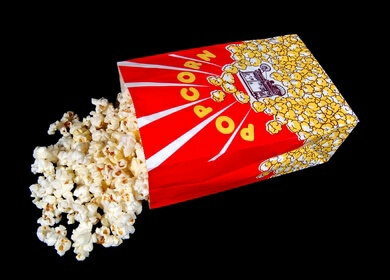 Next time you have a relaxing movie night at home and have a craving for microwave popcorn, you may want to choose a non-buttered variety.

A new study has found that a chemical in the artificial butter flavoring used on microwave popcorn, as well as in some candies, baked treats and margarines, can increase the risk of developing Alzheimer’s disease, or worsen the condition if it is already present.

The ingredient in question is diacetyl, also known as DA. A research team at the University of Minnesota in Minneapolis discovered that the structure of DA has distinct similarities to the substance responsible for forming beta-amyloid proteins.

Beta-amyloid proteins, in excess numbers, sometimes clump together to form plaque on neurons. This neural plaque is a strong indicator of Alzheimer’s disease.

To test their theory that DA could have these beta-amyloid-producing effects, the scientists grew nerve cells in a laboratory, and exposed them to DA. They found that the DA led to an increase in beta-amyloid clumps formed on the cells, and that the clumping led to toxic damage to the cells. This study was published in Chemical Research in Toxicology.

DA has been under scrutiny by several older studies, which linked it to breathing trouble in those working at food-flavoring and microwave popcorn factories. While the exposure levels were high in the factory employees, die-hard microwave popcorn fans may well experience ill effects, as chemicals are often stored in the body and accumulate over time.

Artificial butter flavoring is not the only source of DA. It is also used in some pet foods, and occurs naturally in some fermented beverages such as beer and some forms of chardonnay. If you need one more reason to drink beer in moderate amounts and avoid excess, this is it. 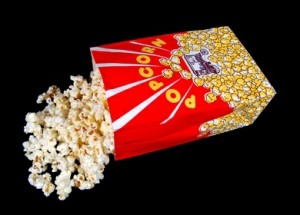 If you crave the flavor of rich, buttery popcorn, there is a very simple solution: add your own real, organic butter. Better yet, pop your own organic popcorn and then add the melted goodness. Grass-fed butter is an even better option.

Butter is full of healthy saturated fats, which are vital for heart health, healthy weight loss, and optimal body functioning. Fake butter, on the other hand, promotes quite the opposite.

The general rule of choosing which foods to eat and which to avoid remains the same: if it’s not found in nature, it is probably not good for you. The artificial additives and processing by-products that we do not yet know the effects of will probably show up in studies eventually.

Don’t wait for the research to confirm the ill-effects of an artificial diet – choose natural now and avoid the risks.