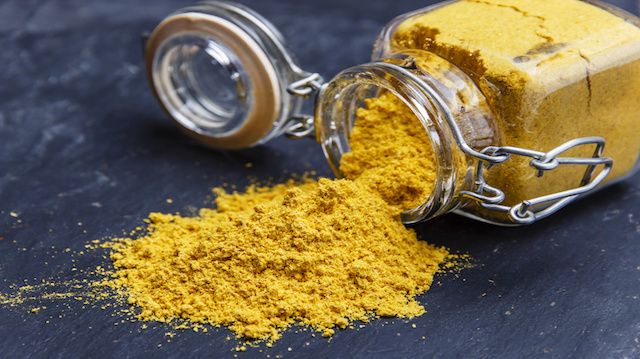 A recent study published in the November issue of Neuropeptides may have uncovered a natural alternative that can ease symptoms of premenstrual syndrome (PMS). Researchers from Iran have found that curcumin, the main polyphenol in turmeric, contains properties that can alleviate PMS symptoms.

The clinical trial involved 70 college-age women, half of whom took curcumin as a treatment for PMS symptoms over three successive menstrual cycles. The remaining 35 women were given a placebo for the same duration. Women in the curcumin group were given 100 mg every 12 hours (twice daily) for seven days prior to menstruation and three days after menstruation. All the participants answered a questionnaire about their PMS symptoms and had blood drawn to check for a protein called brain-derived neurotrophic factor (BDNF). Previous research has suggested that levels of this particular protein are lower in women who suffer from PMS.

Researchers from the study wanted to see whether curcumin is capable of increasing levels of BDNF. The study concluded, “In [the] curcumin group first, second and third cycles after interventions BDNF levels were significantly higher and mean scores of PMS symptoms were significantly less than [the] placebo group. Based on our results part of these beneficial effects of curcumin may be mediated through enhancing serum BDNF levels in women with PMS.” The research findings were significant, and this is good news for women who rely on pain pills (NSAIDs) and antidepressants every month to reduce the pain and discomfort during menstruation.

Pain pills that are available at any grocery store or drugstore are actually more dangerous than you might think. These pills often have multiple side effects that may compromise overall health and wellness. Acetaminophen, sold under the brand name Tylenol, is associated with 50 percent of acute liver failure in the country, according to a study published in Hepatology (2004). The study states that Tylenol is responsible for “more than 56,000 emergency room visits, 2,600 hospitalizations, and an estimated 458 deaths due to acute liver failure each year.” 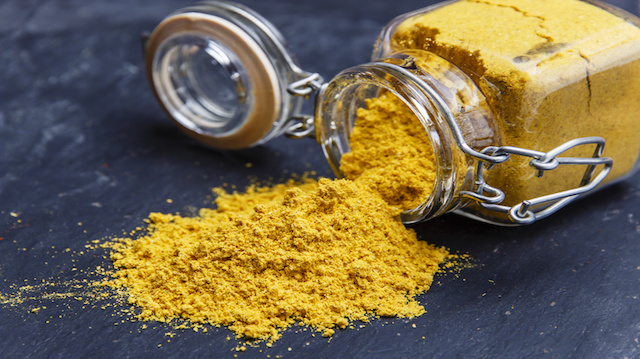 Curcumin, the primary polyphenol in turmeric (Curcuma longa), may well offer a natural, alternative way to reduce PMS symptoms without the risk of serious side effects, like acute liver failure; in fact, it has been suggested that turmeric may improve liver function. Moreover, turmeric has other properties that can be beneficial to overall health.

Here are a few possible health benefits associated with turmeric you might find useful during the rest of the month:

Choosing healthy alternatives to pills and medications may not always be possible, depending on your specific health needs. However, it is always worth checking up on more natural ways to live without the harmful side effects of pharmaceuticals.

How do you use turmeric, and why?